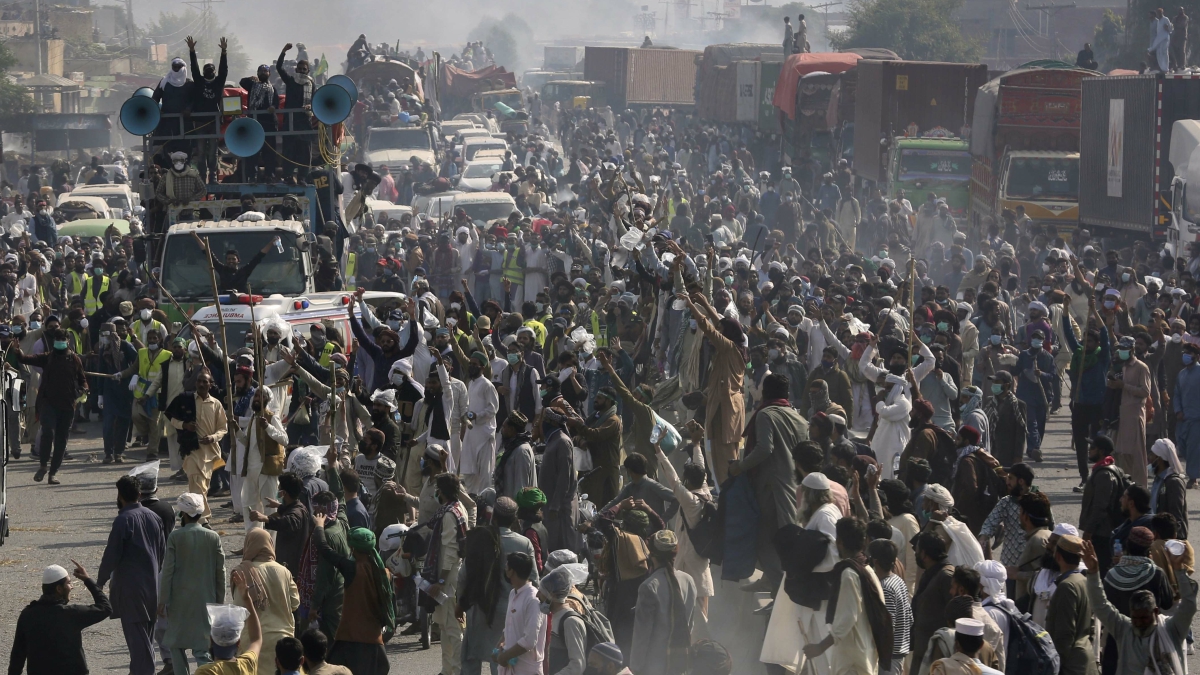 On Wednesday, the clash between Tehreek-e-Labbaik Pakistan (TLP) and law-enforcement personnel resulted in the killing of at least four policemen in Punjab’s Gujranwala district.

According to media reports, over 250 policemen were injured.

Chief Minister Punjab Usman Buzdar said that the four police personnel were killed due to firing by TLP workers. He further stated that strict legal action will be adhered to against those involved in the violence.

On the other hand, the Federal Minister for Information and Broadcasting, Chaudhry Fawad Hussain said the TLP would be treated as a “militant” organisation due to its persistent tendency to challenge the writ of the state by resorting to chaos with the support of anti-state elements.

He said the proscribed TLP had the support of India – a statement which was negated by Hassam Khawar, spokesperson of CM Buzdar.

“On Tuesday, a policy decision was taken in a meeting, under the chairmanship of PM Imran Khan and attended by the leadership of Pakistan Army, that the Tehreek-e-Labbaik Pakistan will be deemed as a militant group,” said the minister.

“We will not treat this group as a political party,” he said.

Fawad said Pakistan had beaten terrorist organizations like Al-Qaeda in the past.

The proscribed TLP will not be allowed to counter writ of the state at any cost, he added.

“In today’s cabinet session, it was decided that such acts would not be tolerated. We have exhibited restraint so far and have not stopped any civilians. We have not used power against the TLP.”

He said the government had published the details as to how the social media profiles from India supported the TLP.