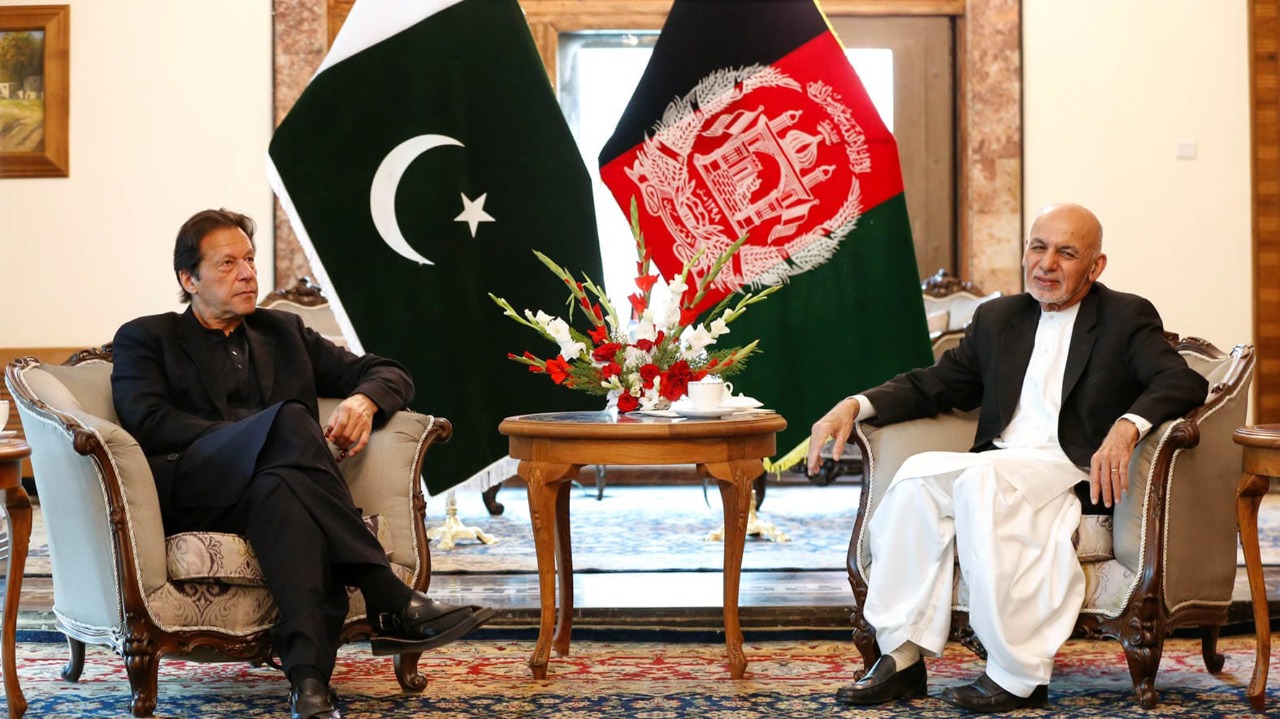 Prime Minister Imran Khan reiterated that peace in Afghanistan was in Pakistan’s national interest as a war in the neighbouring country would pose grave challenges for Islamabad.

He emphasised the need for more “tangible steps” for supporting the Afghan peace process.

The special envoy’s day-long visit was part of his trip to the region, came in the backdrop of talks between Taliban and Afghan political leaders in Doha in which both sides agreed to accelerate the ongoing peace dialogue.

The US and Pakistan welcomed the meeting in Doha as a commendable development. Mr Khalilzad, soon after his departure – reiterating the US stance of doing more – tweeted: “More must be done, urgently.”

A statement came forth from the US embassy in Pakistan, which said that Khalilzad, during the meetings, said: “The ongoing war in Afghanistan poses a grave risk to the entire region and holds its development back.”

The special representative said peace, by contrast, will enable regional connectivity and will pay the way forth to increased trade and development

“Material and tangible support for the Afghanistan peace process is important for its ultimate success, as are positive yet long-term relations between Afghanistan and Pakistan,” he added.

On the other hand, the For­eign Office has said Prime Minister Imran Khan and President Ashraf Ghani, in their recent meeting at Tashkent, had exchanged views on the Afghan peace process and the bilateral relations between Pakistan and Afghanistan.

The key meeting took place on the sidelines of the conference on “Central and South Asia: Regional Connectivity, Challenges and Oppor­tunities” held in Tashkent on July 16.

Prime Minister Khan, according to FO spokesperson, highlighted that Pakistan has always been for a peaceful, united, and stable Afghanistan. He reiterated Pakistan’s continued support for the Afghan peace process, emphasising that there is no military solution to the Afghan conflict.