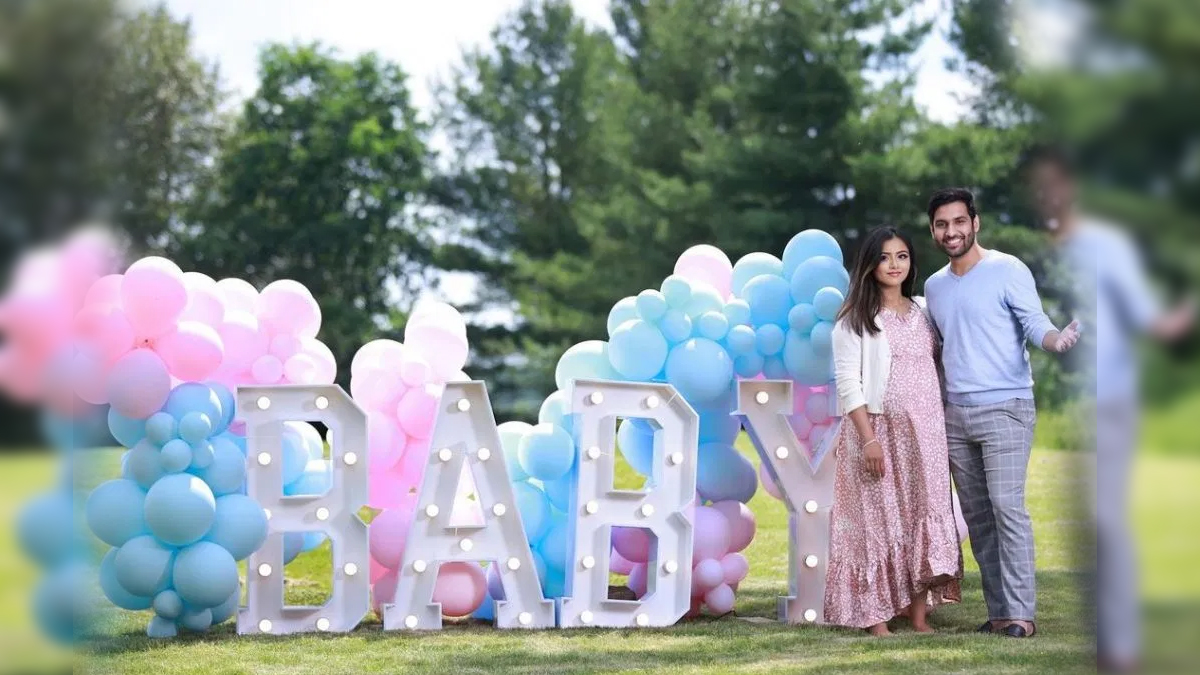 The couple has decorated their home with props and balloons, and are excited to celebrate this time of happiness with their close friends and family.

From what it seems, the star couple is evidently over the moon and is delighted to embrace parenthood with open arms.

The Canadian-Pakistani vlogger announced this news in a YouTube video titled “Our baby gender reveal”.

Zaid’s sister and popular Instagram icon Amna Tahir also posted the news on Instagram. She expressed her excitement to become an aunt.

Zaid previously had revealed that the couple would be greeting an addition to the family when he shared a picture with his pregnant wife on Instagram.

“Today is the most beautiful and happiest day of my life,” he had said.

This video was intended to notify his fans about the gender of his first coming child as fans have been questioning him for since long.

In the recently uploaded vlog, it can be seen that Yumna is holding a balloon in her hands which has ‘Girl’ and ‘Boy’ written on it. As Yumna bursts the balloon, blue confetti can be seen appearing from it, revealing that the couple is expecting a son.

As soon as the video was uploaded, Zaid Ali’s millions of fans around the world started extending their heartfelt wishes for the couple. Several stars also took to social media to congratulate him.

Zaid Ali is a Pakistani-Canadian YouTube star who rose to fame on the internet because of his comedy videos. He got married to Yumna Ali in August 2017.

He lives in Canada and despite being born and grown abroad, Zaid has kept a lifestyle similar to that of traditional Pakistanis.