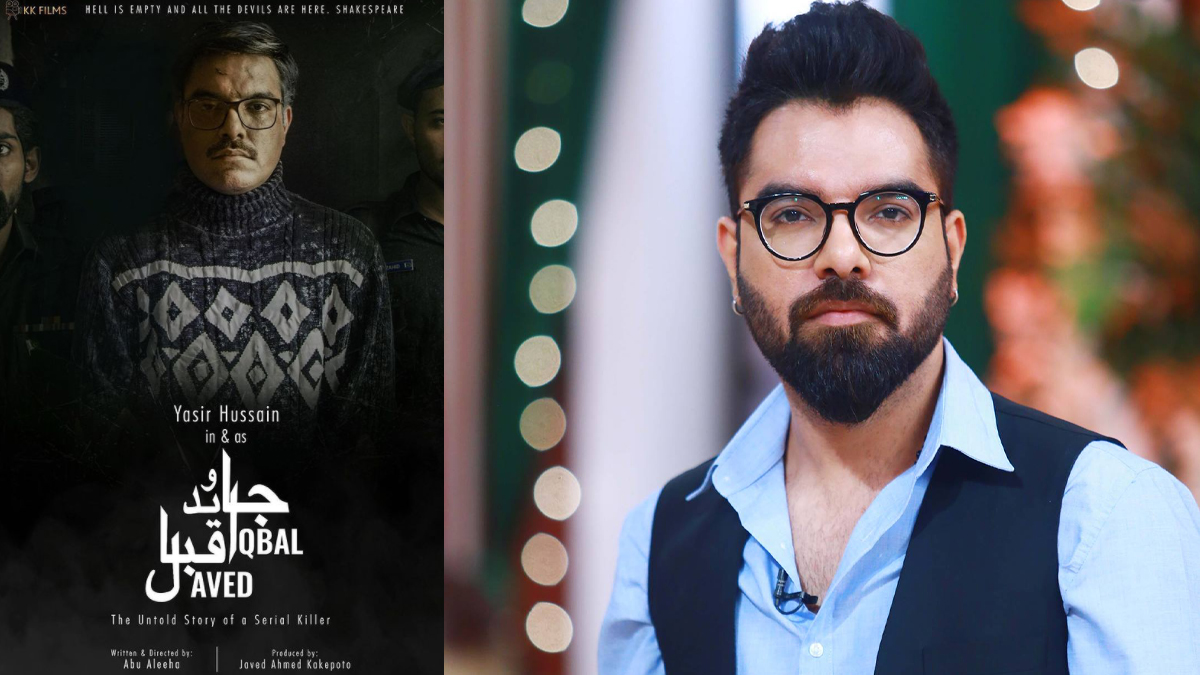 The first look of actor Yasir Hussain portraying the character of a horrific serial killer – Javed Iqbal – has been unveiled.

Hussain took to his official Instagram to lay forth the first poster of the film, in which he plays the character of the ill-famed convict. He captioned it: Javed Iqbal: The Untold Story of A Serial Killer, coming soon!

Iqbal sexually abused and killed about 100 children in Lahore in the timespan of 1998 and 1999. He committed suicide in prison prior to his sentence being carried out.

It was earlier stated that Hussain, alongside Ayesha Omar, would be featuring in a film based on Iqbal. Omar is essaying the role of an honest police officer – heading the investigation against Iqbal.

Ayesha Omar shared the role reveal on her Instagram Story as well. She tagged Hussain and the director while laying forth the news.

Omar is known for performing a diverse range of roles everywhere in her career. She commented that this was a challenge but one that she was looking forward to certainly.

The movie will be released in cinemas but the announcement regarding the release date is yet to be confirmed.

The film is directed and written by Abu Aleeha and is being produced by KKFilms of Javed Ahmed.

He said the posters have been shared in a bid to reveal Hussain’s look. “We will reveal Ayesha Omar’s look for the film as well,” he said, hinting at official posters for the film – that will be revealed in the coming days.

Iqbal’s case was a horrible one as he choked his victims, dissected their corpses and softened them in acid to cover the evidence. He was sentenced to death in the same way that he killed his victims. Strangely, all his victims were boys.