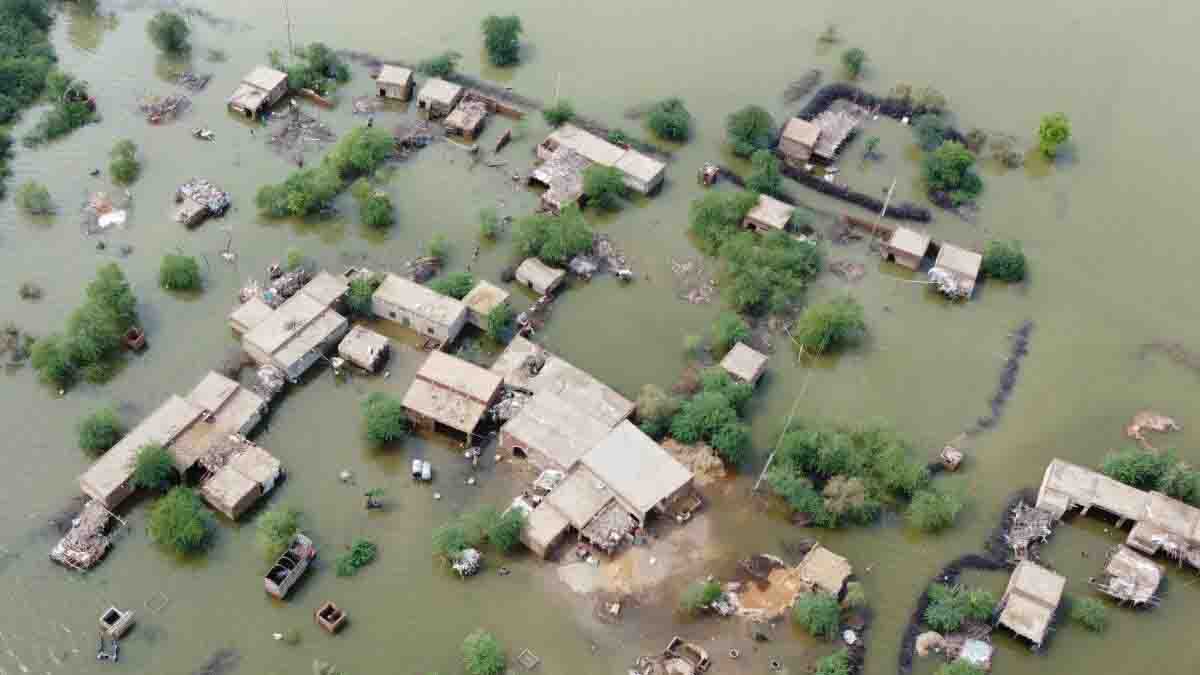 Pakistan is drowning in debt as well as floodwater, according to UN Secretary General Antonio Guterres, who was speaking Tuesday as Prime Minister Shahbaz Sharif pleaded with the international community to support Pakistan as it deals with this severe humanitarian situation.

Paris offered to organise an international conference before the end of the year to promote Islamabad’s reconstruction in a climate-resilient fashion, and Pakistan and France agreed to work together to explore ways and means to support efforts to address the challenge presented by the floods.

In a powerful speech to world leaders assembled for the first day of the high-level debate at the General Assembly, the UN president said, “I recently saw it with my own eyes in Pakistan — where one-third of the nation is drowned by a monsoon on steroids.”

Read More | Selection of COAS Must Not be Politicised: Asif

Mr. Guterres reiterated the plea he originally made during his recent trip to Pakistan, during which he urged lenders to take debt reduction into consideration in order to assist those countries that might be about to experience an economic collapse. At the UNGA, he reiterated, “Creditors should take into account debt reduction tools such debt-climate adaption swaps.”

These may have helped Pakistan, which is drowning in debt as well as floodwater, preserve lives and livelihoods.

The head of the UN pleaded with the creditors to establish “an effective mechanism of debt relief for developing countries, particularly middle-income countries, in debt trouble.”

After the Covid-19 outbreak, world leaders are physically present at the UNGA for the first time this year.