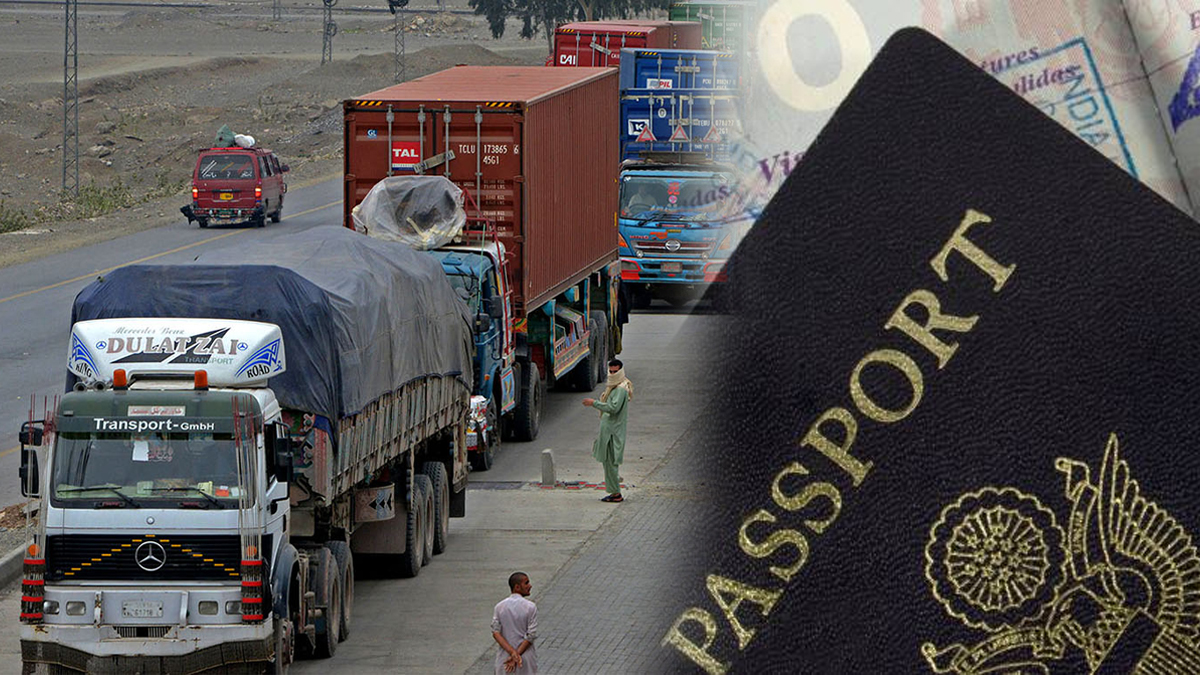 Visa Requirements For Trade With The Neighbouring Country Of Afghanistan

The government resolved on Tuesday to remove the visa requirements for trade with the neighbouring country of Afghanistan in the hopes that it would boost the economy of both nations.

Prime Minister Shehbaz Sharif presided over the federal cabinet meeting where the decision was made.

According to the Prime Minister’s Office, PM Sharif gave the appropriate authorities the order to grant transporters from Afghanistan six-month multiple-entry visas.

He also gave his approval to each and every suggestion made by the Afghan Inter-Ministerial Coordination Cell. The government ordered Pakistan’s embassies abroad to evaluate Afghan visa requests based on current nationality and passport, rather than the applicant’s country of origin.

The cabinet also ordered the introduction of a subcategory under the work visa category in the online visa system. Additionally, it was determined that initial multiple-entry visas would be issued for a duration of six months, with the interior ministry having the power to extend them for a full year.

Read Also | Nascent Coalition Govt Comes Under Criticism From Within

Requirement Of Recommendation Letters From The PSEC

The applicant’s photo, passport, registration as a transport company, and job letter are all essential documents for the visa application. The requirement of recommendation letters from the Pakistan Securities and Exchange Commission and the Board of Investment for visas of drivers, transporters, helpers, etc. was waived during the meeting.

In order to boost bilateral trade with Afghanistan, the federal cabinet indicated that these decisions had been made and changes to the visa policy had been established.

Information Minister Marriyum Aurangzeb stated during a press conference following the cabinet meeting that the Afghan Inter-Ministerial Cell of the Interior Ministry reviewed the visa policy for Afghans during a meeting of the apex committee that also included representatives of the Foreign Office, Nadra, and the Board of Investment.

In a statement accompanied by Qamar Zaman Kaira, the adviser to the prime minister on Kashmir affairs, Ms. Aurangzeb stated that under the updated policy, Pakistan’s diplomatic missions abroad would process Afghans’ visa requests based on their current passports and nationalities rather than their country of origin.

She noted that the government established a committee to maintain the traders’ ease of doing business.