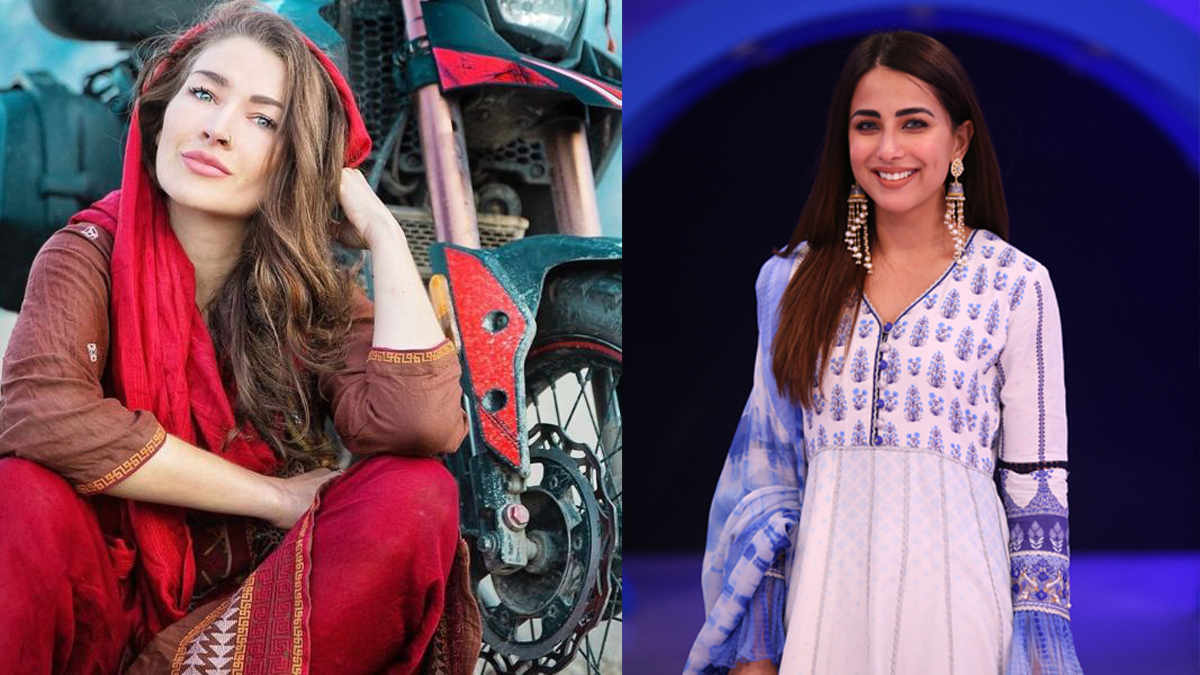 Actress Ushna Shah has asked the Government to stop handing out YouTube visas as a video of Canadian vlogger Rosie Gabrielle surfaced who was shedding light on the plight of Hunza locals on the issue of littering.

A couple of days ago, the Canadian vlogger took to social media and shared few pictures from her trip to Hunza and the north, calling out ‘local tourists’ for crushing Hunza’s culture with parties and drugs.

On this, Ushna shared how hurting it is to see Hunza in the current state.

“This is what we don’t appreciate? Condescending, judgmental ‘white saviour’ wannabes. We certainly don’t need YOU to fix us”. The Balaa star asked the government to stop handing out YouTube visas.

Gabrielle posted a picture of her holding a bag full of trash and said that tourists, who visit scenic areas, leave a trail of trash behind.

The YouTuber claimed to be speaking on account of locals who reached out to her.

Ushna’s comments were met with mixed reactions in the Pakistani social media sphere.

Many thought that there are problems with people gatekeeping the tourist spots. They thought that instead of feeling attacked, Ushna should have directed the same energy towards accepting the actual issue — the point that there are no waste disposal systems in the northern areas and people don’t care about littering.

Others thought that the concept of a white saviour complex is very problematic and got into the rave and the dispute about culture versus freedom.

Even though Gabrielle isn’t the best person to bring the issue to light — it would have been great if our media highlighted the issue when it came from locals of the area.