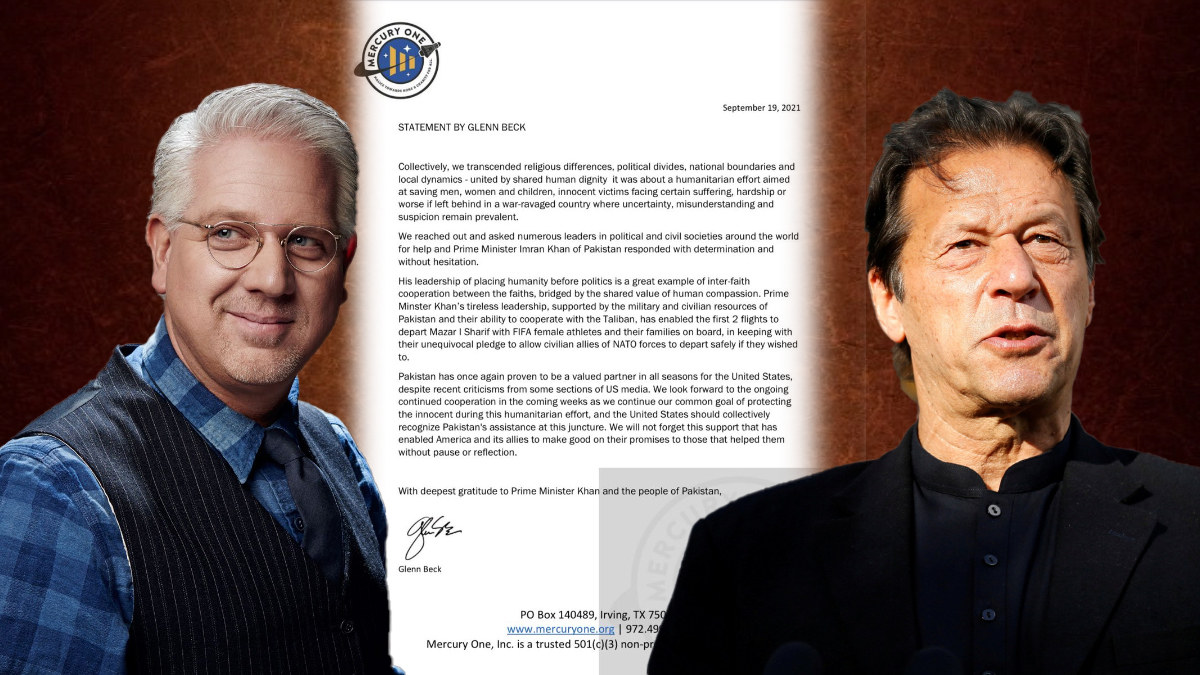 Showering heaps of praise on Pakistan’s PM Imran Khan for saving innocent lives in Afghanistan after it fell to the Taliban, US political commentator, RJ, and television producer Glenn Beck said he was short of words and cannot express gratitude to PM Khan and the people of Pakistan.

In a statement, Beck credited PM Khan for saving thousands of people who wished to flee the Mazar-i-Sharif city.

Beck said he reached out to civilian and political leaders across the globe for help, but “their silence was shocking.”

Read Also | Pakistan to trade with Afghanistan in rupees

“Some of our calls and requests received simply a yes or no, and some went unanswered. But when we wrote to Prime Minister Imran Khan, we received an immediate response to our requests from him as he acted on his willingness to assist,” he added.

Khan’s leadership of “placing humanity ahead of politics is a great example of interfaith cooperation, bridged by the unified value of human compassion,” said the US broadcaster.

“Prime Minister Imran’s tireless leadership, aided by civilian and military resources and their ability to cooperate with the Taliban, enabled the first two flights to depart Mazar Sharif. The flights had female FIFA athletes and their families on board. Pakistan kept up with its unequivocal pledge to let civilian allies of NATO forces depart safely if they wanted to.”

Beck said Pakistan proved to be a valued all-season partner for the United States once again, “despite fresh criticisms from some sections of the US media.”

The journalist said, “We will not forget this support that enabled America and its allies to fulfill their promises with those who helped them – without any pause or reflection.”

“He (PM Imran) has been very gracious with his time, and he never questioned our motives,” he added.

“Media outlets have their agenda for criticizing PM Imran Khan over the last few months, but the man should be recognized for the fact that he helped save lives.”