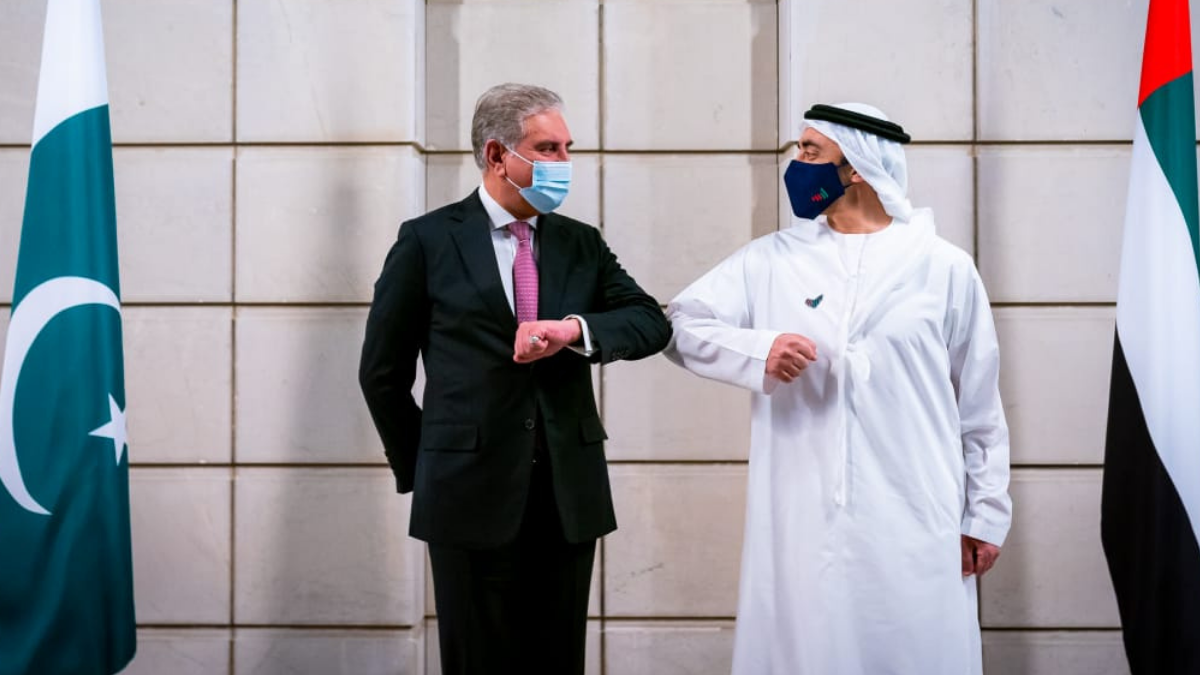 UAE is set to give a loan of $2 billion to Pakistan, announced the country’s Foreign Minister Sheikh Abdullah bin Zayed Al Nahyan in a meeting with his Pakistani counterpart, Shah Mahmood Qureshi on Tuesday.

The Foreign Office said in a statement that Nahyan affirmed UAE’s resolve to ‘extend all sorts of support to Pakistan’.

Foreign Office spokesperson Zahid Hafeez said the UAE’s decision was “another manifestation of the cooperative relations between the two countries”. “We appreciate the UAE’s support and continued cooperation,” he added.

FM Qureshi and his UAE counterpart had a detailed discussion, Monday evening, post the delegation-level meetings during the foreign minister’s three-day visit to UAE.

Qureshi said dialogue between Pakistan and India can only take place if India takes steps to improve the situation in Indian Illegally Occupied Jammu and Kashmir (IIOJK).

“Kashmir issue is not bilateral; rather an internationally recognized one as there are many UN Security Council resolutions on it,” he said while speaking in an interview with Khaleej Times.

He added that if India and Pakistan wish for lasting peace in South Asia, they will have to discuss the IIOJK to find a resolution as per the aspirations of the Kashmiri people, as the issue cannot be given secondary status.

Qureshi said that Pakistan was comfortable with any role the UAE can play to better relations between Pakistan and India. “We want the scenario to further, but to get there, India, will have to create an enabling and conducive environment, for dialogues to happen,” he added. The Foreign Minister, later that day, reached Tehran on a three-day official visit. As per a statement issued, Qureshi was welcomed by the adviser to the Iranian foreign minister Javad Zarif along with the director-general of the Iranian foreign ministry.