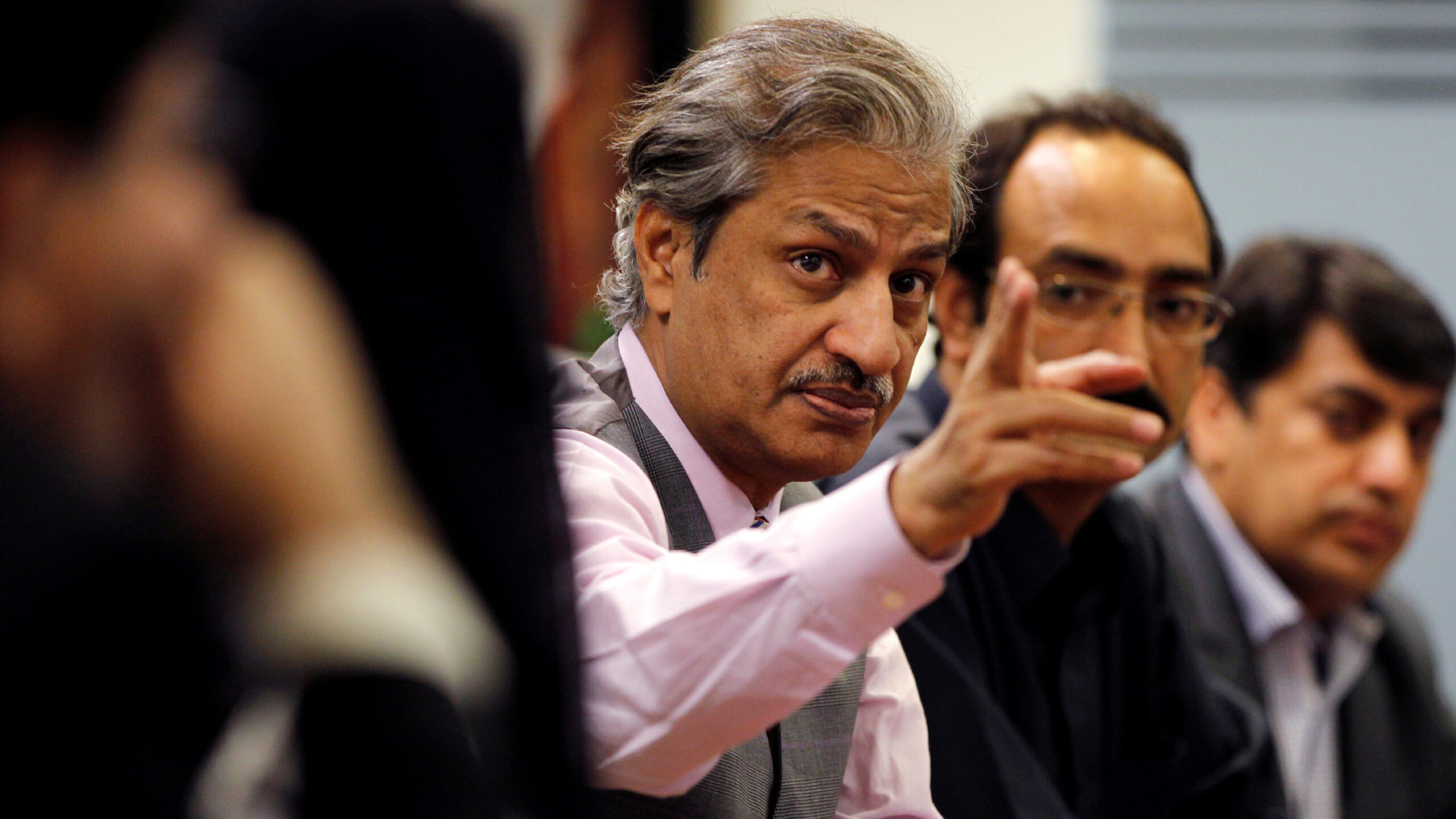 Former chairman of the Pakistan Electronic Media Authority (Pemra) and renowned journalist Absar Alam was shot in F-11 near his residence in Islamabad on Tuesday in what appears to be a targetted attack.

In a video statement doing rounds on social media, the journalist can be seen being taken to the hospital can be heard describing the attack.

He said he was attacked while ambling outside his home and he suffered injuries to his ribs.

Giving a message to the unidentified attackers, he said: “I am not scared by such tactics and I will never give up.”

Interior Minister Sheikh Rashid, taking notice of the incident, directed Inspector General of Police (IGP) Islamabad to get hold of the culprits at the earliest.

In a statement released to the media, he said the attackers cannot escape the law and will soon be seen behind bars.

He said police have been asked to probe the matter and all details in this regard will be shared with the masses.

Just after the shooting incident, IGP Islamabad formed a special team under the SSP Investigation to investigate the matter from all aspects.

“The special team has been told to use all forensic and scientific methods to track the accused involved in the incident,” said their tweet.

PML-N Vice-President Maryam Nawaz condemned the attack, saying that silencing the dissenting voice is cancerous and has plagued the country for years. “Absar Alam is the latest victim of this barbaric crime.”

Groups like the Association of Electronic Media Editors and News Directors (AMEND) and the Council of Pakistan Newspaper Editors (CPNE) condemned the incident.  “It is time that freedom of information and expression should be ensured. It is the only way to bring sanity to an already divided nation,” said CPNE.