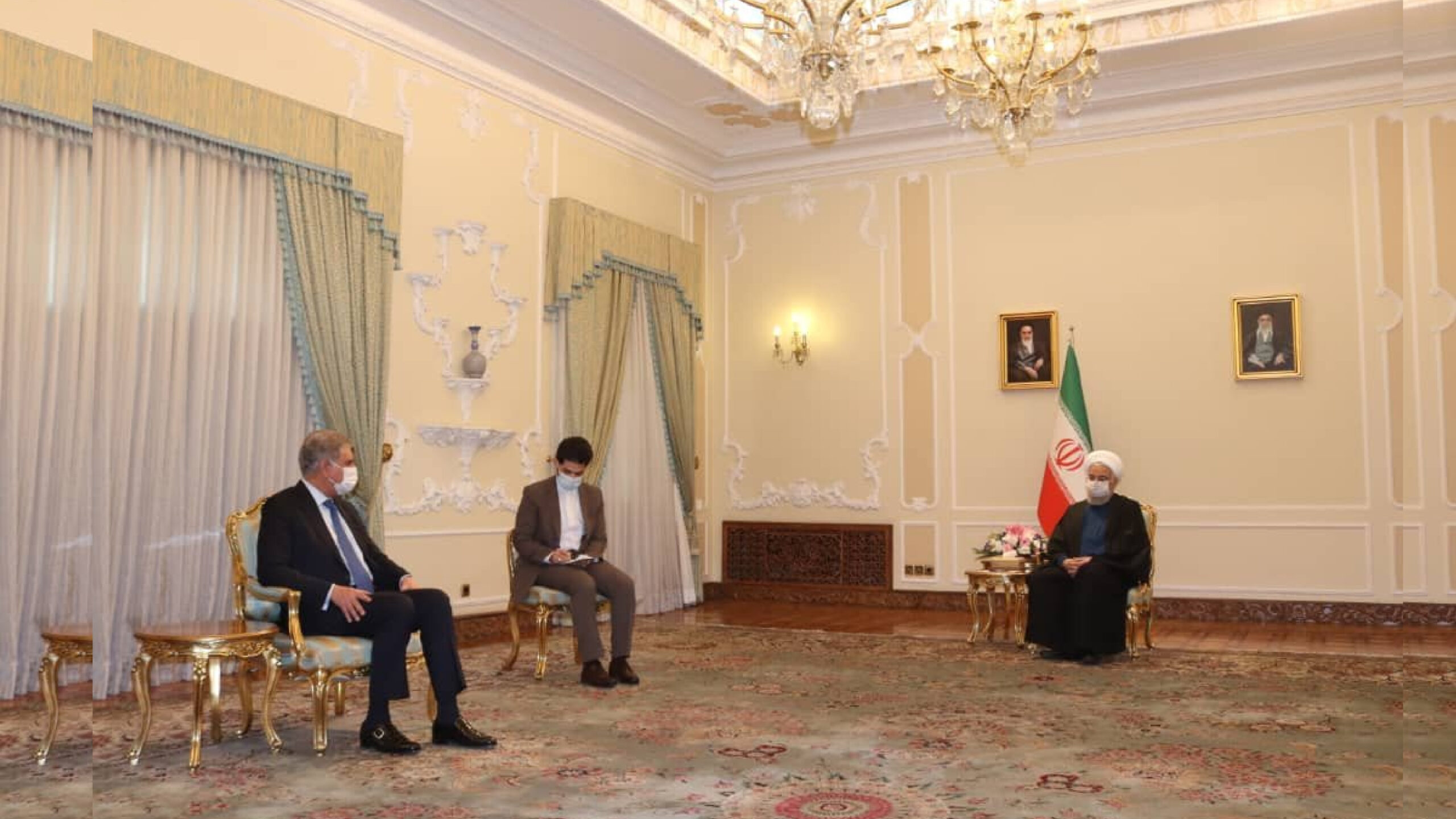 “The Pakistani leadership pays tribute to the government of Iranian Supreme Leader Sayyid Ali Hosseini Khamenei and President Rouhani for their continued support of the views of Kashmiri Muslims,” FM Qureshi said, as per media reports.

Read More | Imports are on rise in Pakistan, data reveals all time high in three years

Reportedly, FM Qureshi and Iranian President Rouhani held discussions on potential ways to enhance the long-standing friendly relations between Islamabad and Tehran. Qureshi underlined the cordial and strong relationship shared between the two nations which are based on common history, culture, religion, and language. He further expressed Pakistan’s commitment towards boosting bilateral relations with Iran in line with PM Imran Khan’s vision.

FM Qureshi arrived in Tehran on Tuesday afternoon for a three-day official visit to the country. Upon arriving at the Imam Khomeini International Airport in Tehran, he was received by Iranian Foreign Minister’s Advisor Syed Rasool Mousavi, Pakistan’s Ambassador to Iran Rahim Hayat Qureshi, and other senior officials of the Pakistani Embassy.

During his visit, he will be holding crucial talks with Iranian officials about enhancing bilateral ties and prevailing situation in the region. After talks with President Rouhani, the Foreign Minister will be visiting the Iranian Parliament for a meeting with Speaker Mohammad Bagher Ghalibaf.

Qureshi will also hold delegation-level talks with his Iranian counterpart Javad Zarif with the agenda on boosting cooperation in key fields. Islamabad and Tehran are likely to sign a memorandum of understanding (MoU) for the opening of border trade centres.

During a meeting with Pakistani diplomats at the Pakistan House in Tehran, FM Qureshi noted that establishment of trade centers at the Pak-Iran border would step up trade between the two countries and bring economic changes in the lives of residents of border areas.

On Wednesday, the third border crossing between Pakistan and Iran named Pishin-Mand was jointly inaugurated by Pakistani Minister for Defense Production Zobaida Jalal and Iran’s Minister of Roads and Urban Development Mohammad Eslami with the aim of enhancing business and trade exchanges between both sides.

Earlier, Qureshi tweeted that Iran removed restrictions on the import of Kinnow (Orange) from Pakistan which had been in place since 2012. In a press release ahead of his visit to Iran, the Foreign Minister termed that step as a “manifestation of further solidifying of bilateral ties between the two countries.” “The step would be good news for the Pakistani traders and the people linked with its cultivation in the country,” he said.