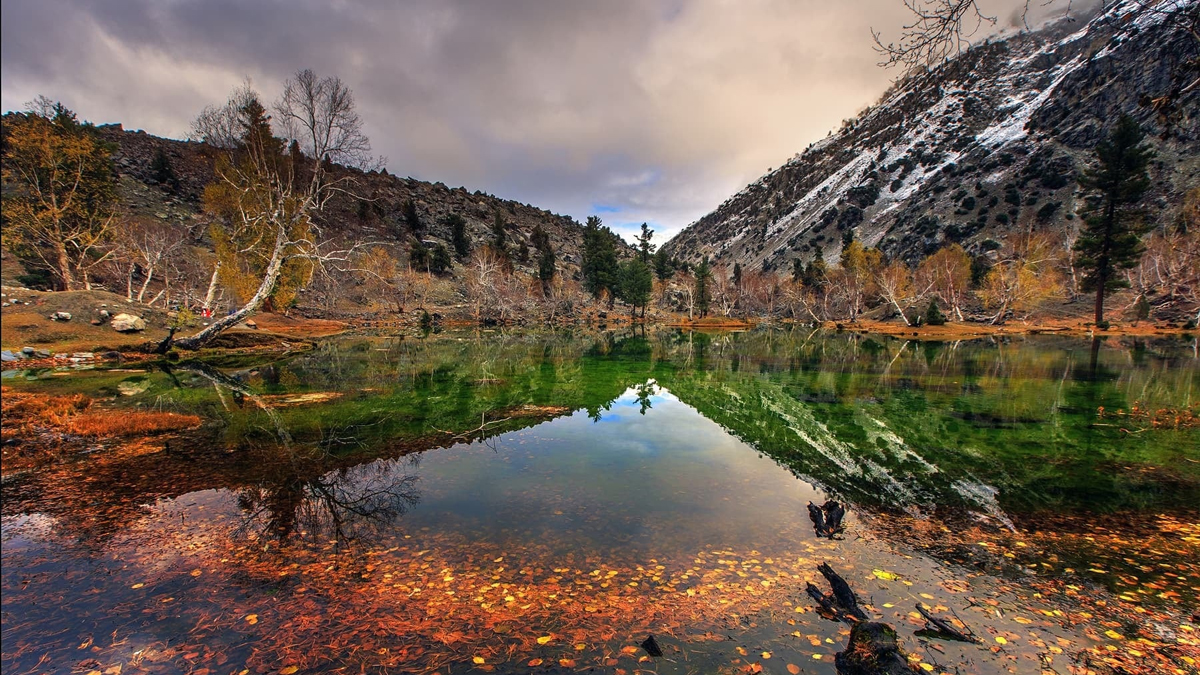 The present and future of Swat Valley are incredibly bright, despite its difficult background. This breathtaking valley in Pakistan’s Khyber Pakhtunkhwa province looks like it belongs in a fairytale.

Imagine lush green fields and forests, charming towns, and rivers with shades of blue so pure and vivid that you wouldn’t have believed they were real!

The area around Kalam, which serves as a base to explore the grandeur of the valley, is where you may find Swat’s true beauty. Here are some top tourist points in Swat and the whole of Pakistan.

Boyun, also known as Green Top, is close to Kalam town and may be reached by car or a short uphill hike. Once you’ve reached the top, you’ll be rewarded with panoramic views of one of the largest and most gorgeous villages I’ve ever seen, as well as the valley below. From Kalam, a day excursion to Boyun is simple.

Two hours’ drive separates Kalam from these alpine lakes. Kandol Lake is now more commercialised and reachable by jeep track, whereas Spindhor can only be reached by a 2-hour hike. Whichever location you decide to visit, it is without a doubt among Pakistan’s most picturesque locations.

Deodar trees abound in this lush, well-kept forest, which is a great location to get lost. The highway that enters the woodland continues to a number of settlements along the Kalam River.

Read More | Best Places to Visit in Winter in Pakistan

A natural masterpiece and one of Pakistan’s most recognisable sights is the Passu Cathedral. Even though it is no longer permitted to spend the night in Passu village, the cones can still be seen from a distance, beginning in the settlement of Gulmit. About an hour’s drive from Gilgit City on the Karakoram Highway is where you may get the best view of the Cathedral.

I believe that Yarkhun Valley was the most beautiful destination I visited in Pakistan, despite the fact that it is comparatively unknown and neglected in comparison to the country’s most well-known tourist attractions. Yarkhun, which is in Khyber Pakhtunkhwa’s Upper Chitral region, is stunning due to its mountain ranges and undeveloped villages.

If you don’t have a car, it takes some work to get to the valley, which extends for miles past the administrative town of Mastuj. But if you do, the ride isn’t that hard; just be ready for a lot of dirt roads!

If you make it all the way to Yarkhun, the side valley of Gazin is most definitely worthwhile a detour. The mountains of the Thoi Pass, a high-altitude pass linking Gilgit Baltistan’s Yasin Valley and Upper Chitral, are visible from this location.