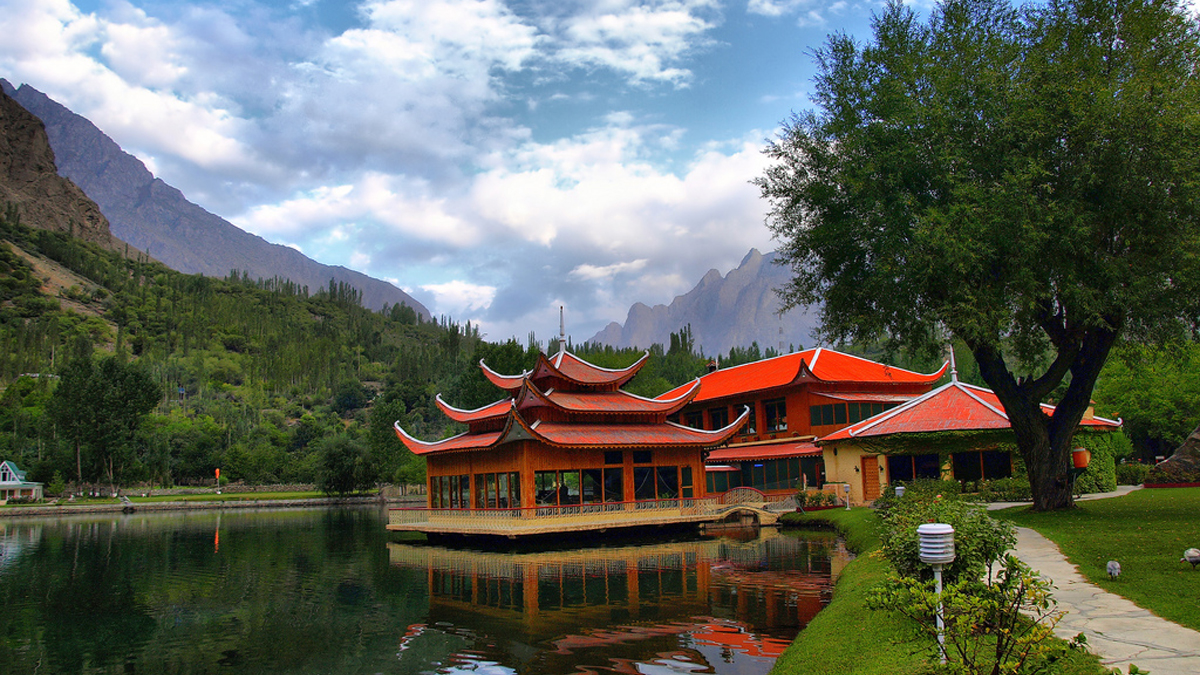 Skardu, which represents Gilgit-eastern Baltistan’s region, is a border community unlike any other. It is undeveloped, dusty, constantly growing, and has some of the weirdest scenery you’ve ever seen.

If all first-time visitors to Pakistan travel to Gilgit and Hunza, then all ardent travellers travel to Skardu and Baltistan.

Trekking Capital of the North

Unsurprisingly, getting to Skardu can be difficult, and figuring out what to do once there can be difficult as well. Despite being known as the “Trekking Capital of the North,” the area still lacks a lot of tourist infrastructure.

The top things to do in Skardu and its vicinity are displayed in this guide. I’m going to show you all the treasures I’m currently aware of that are hidden beneath the dust-covered surface of this town.

Here are the top things to do and destinations to see in Skardu, so let’s get started!

Things to Do Around Skardu

Despite being a little outpost hamlet in the middle of nowhere, Skardu does have a lot to do nearby. There is a tonne of activity in the main bazaar, beautiful scenery outdoors, and a few secret treasures in between.

Overall, Skardu is a good place to start learning about Gilgit-Baltistan.

The bazaar serves as Skardu’s major anchor and the hub of activity. The neighbourhoods get smaller, less developed, and have fewer points of interest as you get away from the bazaar. You will have left Skardu behind by the time you arrive at the Shigar crossroads.

The top activities in and near Skardu are listed below. The fact that some of these are technically outside the city yet are nonetheless accessible for quick day trips should be noted.

View the Scenery at Marsur Rock

A relatively new walk called The Marsur Rock has just swept the community. You may find this perilously positioned rock overlooking Skardu and the valley on practically every poster. It’s now regarded as one of Skardu’s top day treks.

The ascent to Marsur Rock should take seasoned hikers around a half-day. 600 metres or so have been gained in elevation. Since there is no shade on the trail and it can get very hot in the valley, you should start early. Bring lots of water, snacks, and sturdy footwear.

Be sure to inquire in advance about the trail’s condition. You must take the considerably longer “old” trail, which is primarily used by shepherds, if the “new” trail is destroyed and unsafe to travel on.

You’ll realise why the Marsur Rock is sometimes compared to Trolltunga in Norway once you get there. Although slightly smaller, it is a near-exact replica of the Nordic classic; simply switch the fjords for sand dunes.

It is also feasible to spend the night at Marsur Rock. Many visitors opt to stay here overnight rather than doing the return hike the same day. However, you’ll need to either bring your own tent or hire a porter.

Explore the Safaranga Desert while sandboarding

The Katpana and Safaranga are two notable deserts that are near to Skardu. Both are well-known for being among the world’s highest deserts; in fact, they get snow in the winter. Consequently, they are known as the Cold Deserts informally.

Near the airport, the Katpana Desert is located closer to Skardu. Despite having more tourists, I think it is the less impressive of the two. Choose the Katpana if you want convenience and are pressed for time.

On the other hand, if you prefer to have a “real” desert experience, go to Safaranga. Here, the silence is more audible, the panorama is nicer, and the dunes are higher.

The dunes are the ideal form for sandboarding, even though it could be difficult to acquire a board! If a genuine board is out of your reach, you might try looking for an inflatable floaty in the bazaar in Skardu and trying your luck there.

If you have a good Jeep that can manage the sandbanks, you can drive off-road to the dunes.

Read More | Best Places to Visit in Winter in Pakistan

Relax in the Organic Forest

A quiet patch of forest that the locals have begun referring to as The Organic Forest is situated on the opposite side of the enormous rock that supports Kharpocho Fort. In contrast to Skardu’s incessant clamour, this location is so serene that you’ll forget the city is even there.

At the commencement of the ascent to the fort, the path leads to the Organic Forest. But just take the trail around the mountain, don’t climb it. You’ll walk down a cliff’s edge for around 15 to 20 minutes before turning a bend and arriving to a sandy, forested region on the banks of the Indus. Just additional 15-20 minutes will bring you to the Organic Forest.

When you see the huge sign above, you’ll know you’ve reached the Organic Forest. Feel free to explore a little and take in the peace. Along the man-made canals, there are a number of places that are excellent places to halt. Think about bringing some food with you so you can have a picnic once you get there.

Follow your original route back to Skardu. The entire rock could theoretically be circled by continuing forward, but it would take an additional hour or two to do so.

The most well-liked activity in Skardu is probably visiting Kharpocho Fort because of its significance, central position, and wide-ranging vistas. Since the fort is visible from practically every position in the city centre, it is simple to understand why people would want to visit it.

Walking to Kharpocho is not that difficult. Simply stroll through the centre of the bazaar, down the alleyway next to the Bank Alfalah, and go straight ahead. Eventually, you’ll reach the mountain itself, when the path begins to veer back. From there, it’s a 15 to 20 minute climb up.

You will have breathtaking views of the surrounding mountains and the Indus River Valley from the fort. When you visit the fort, these two purposes—a watchtower in case of intruders and a defensive position against attackers—make perfect sense. Enjoy it because it’s one of Skardu’s best sights.

Check Out The K2 Museum

The Italian K2 Museum is close to the bazaar and is a good place for aspiring mountaineers to go if they want to learn more about “The Savage Mountain.”

The museum, which is shaped like a big pyramidal tent, is filled with fascinating images and maps of the initial missions to K2. For those who don’t know, Italian climbers made the first ascent of K2 in 1954, and their expedition is actually rather interesting. This museum is partially dedicated to them, drama aside.

Technically, the museum is situated on the grounds of the PTDC Motel, a short stroll from Skardu’s centre. Free admission is provided.

The Upper and Lower Kachura Lakes are two of Skardu’s most well-known tourist destinations. In part because of the opulent (and, in my opinion, overrated) Shangri-La Resort, but mainly because it is a stunning location. From Skardu, both of the Kachura Lakes are a fantastic day trip.

By automobile, it takes 45 minutes to get from Skardu to the Kachura Lakes. The two lakes are close to one another once you get there.