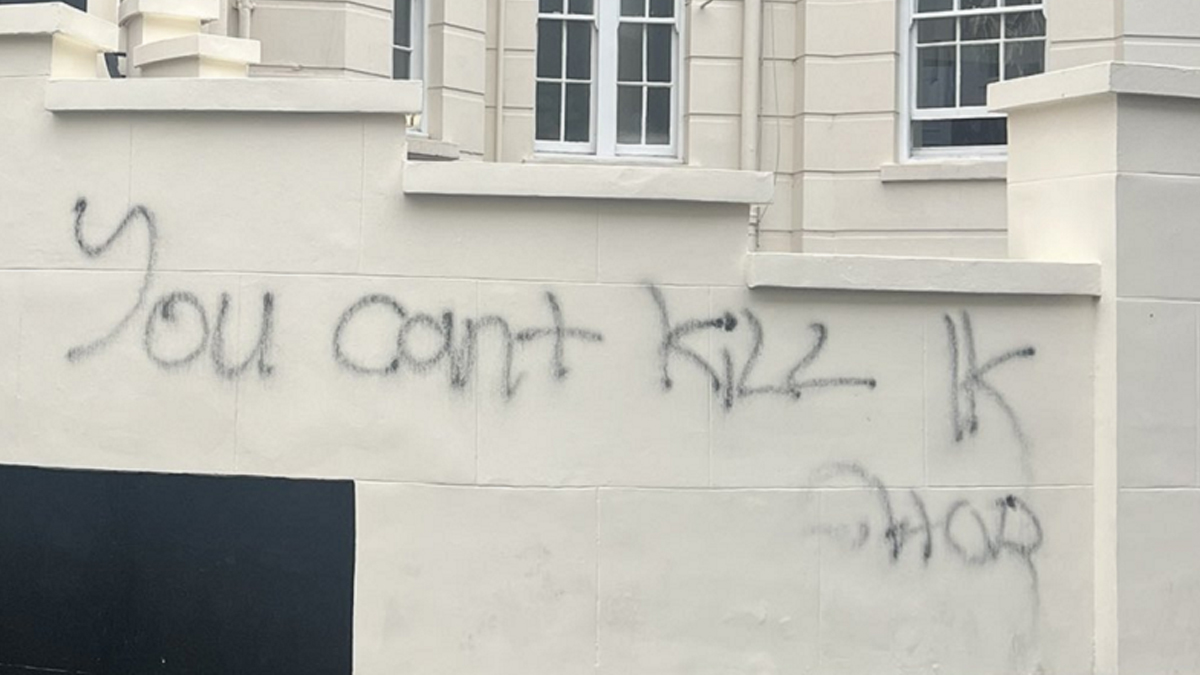 In an act that qualifies as “criminal vandalism” under UK law, a pro-Imran slogan was spray painted on the wall of Stanhope House, the building where former prime minister Nawaz Sharif’s son Hussain has an office, on Monday.

British Pakistani Shayan Ali, a “die-hard” follower of PTI Chairman Imran Khan, shared a picture of himself on social media on Monday night standing up to the boundary wall with the words “You can’t kill IK chor” spray painted on it.

People on Social Media are Interpreting the Remark

Many people on social media are interpreting the remark as being directed at the Sharifs, whom Mr. Ali has been heckling and confronting outside their house, office, and public locations for months.

Only a few days had passed since Mr. Khan was shot and wounded at a rally in Wazirabad by a protester with a rifle.

PTI Protest outside of Avenfield House

Last month, when a PTI protest outside of Avenfield House, where Nawaz Sharif lives, became out of control, officials from the Met Police briefly detained Mr. Ali. Mr. Ali can frequently be observed yelling anti-Nawaz chants in front of Avenfield House and Stanhope House.

Residents of Dunraven Street, who live next to Avenfield House, can be heard pleading with Mr. Ali and his peers in a new video that has been making the rounds on social media. They beg them to stop using foul language on their doorstep and remind them that they have young children at home. The woman, who appeared to be in tears, begged the pro-Imran supporters, “It’s not fair.” We spend a lot of money to live in a nice area.

Some Twitter users complimented Mr. Ali for tweeting about the graffiti outside Stanhope House, but others pointed out that his activity qualifies as criminal mischief in the UK.

A person who commits graffiti may be subject to a fine or a prison term of up to ten years under the Criminal Damage Act of 1971 if the damage exceeds $5,000.

An offender could receive three months in jail or a £2,500 fine if the amount of property damage is less than £5,000 in total. The Anti-Social Behaviour Act of 2003 also allows for prosecution of offenders.

However, until the publication of this report, it was unknown if a complaint or charges had been brought.