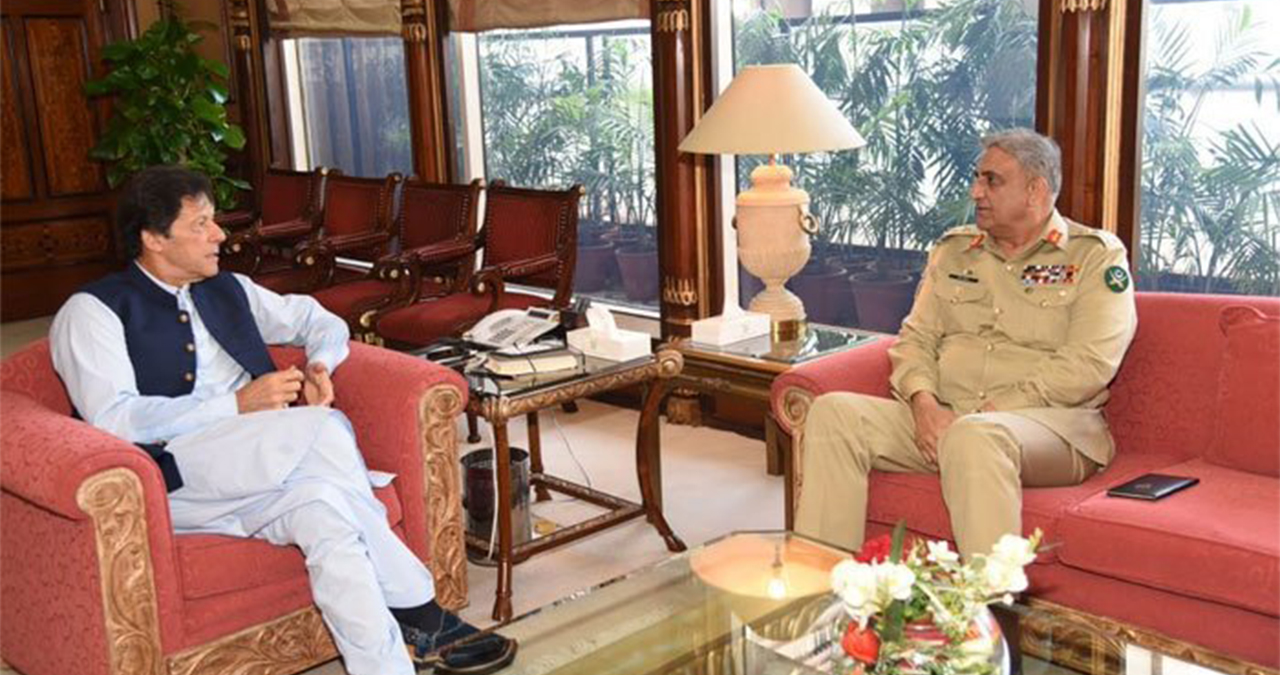 Information Minister Fawad Chaudhry has said that the consultation process between the Chief of Army Staff, General Qamar Bajwa, and Prime Minister Imran Khan has been completed over the appointment of the new DG ISI.

He further revealed that the procedure of a new appointment “is underway”.

“Confusion created by various media outlets, especially social media, has forced me to respond on the matter.”

Chaudhry’s update on the issue came a day after his cabinet meeting press conference. He said that a “legal procedure” will be adopted for the appointment of ISI’s new DG, “for which General Bajwa and Prime Minister Imran Khan agree”.

The information minister was probed time and again by journalists about whether there was a rift between the civilian government and the military regarding the appointment of ISI’s chief, to which he replied: “I cannot comment more on the issue; just rely on my sayings in the press conference”.

Fawad Chaudhary said Prime Minister Imran Khan and the Army Chief had “ideal” civil-military relations, and both would never lock any steps that would “undermine” each other’s respect.

The minister said that the ultimate authority to appoint the ISI director-general “rests with the prime minister”, and the due procedure would be adhered to for the purpose.

Read Also | Squid Game: Will watching the show with English subs take away its taste?

“The appointment of the ISI director-general is the prerogative of our prime minister. The prime minister makes the spymaster’s choice after due deliberations with the army chief.”

He said that the civil-military leadership has proven once again that all institutions are present for the country’s integrity, stability, and progress.”

Last week, the Army’s media affairs wing, ISPR, had announced that Lt Gen Nadeem Anjum had been named the new ISI chief. On the other hand, Lt Gen Hameed was named as Peshawar corps commander.

However, despite the passing of days following ISPR’s announcement, a notification to confirm Lt Gen Nadeem Anjum’s appointment as ISI’s new DG was not issued by the Prime Minister’s Office (PMO), leading to feverish speculations in Islamabad.