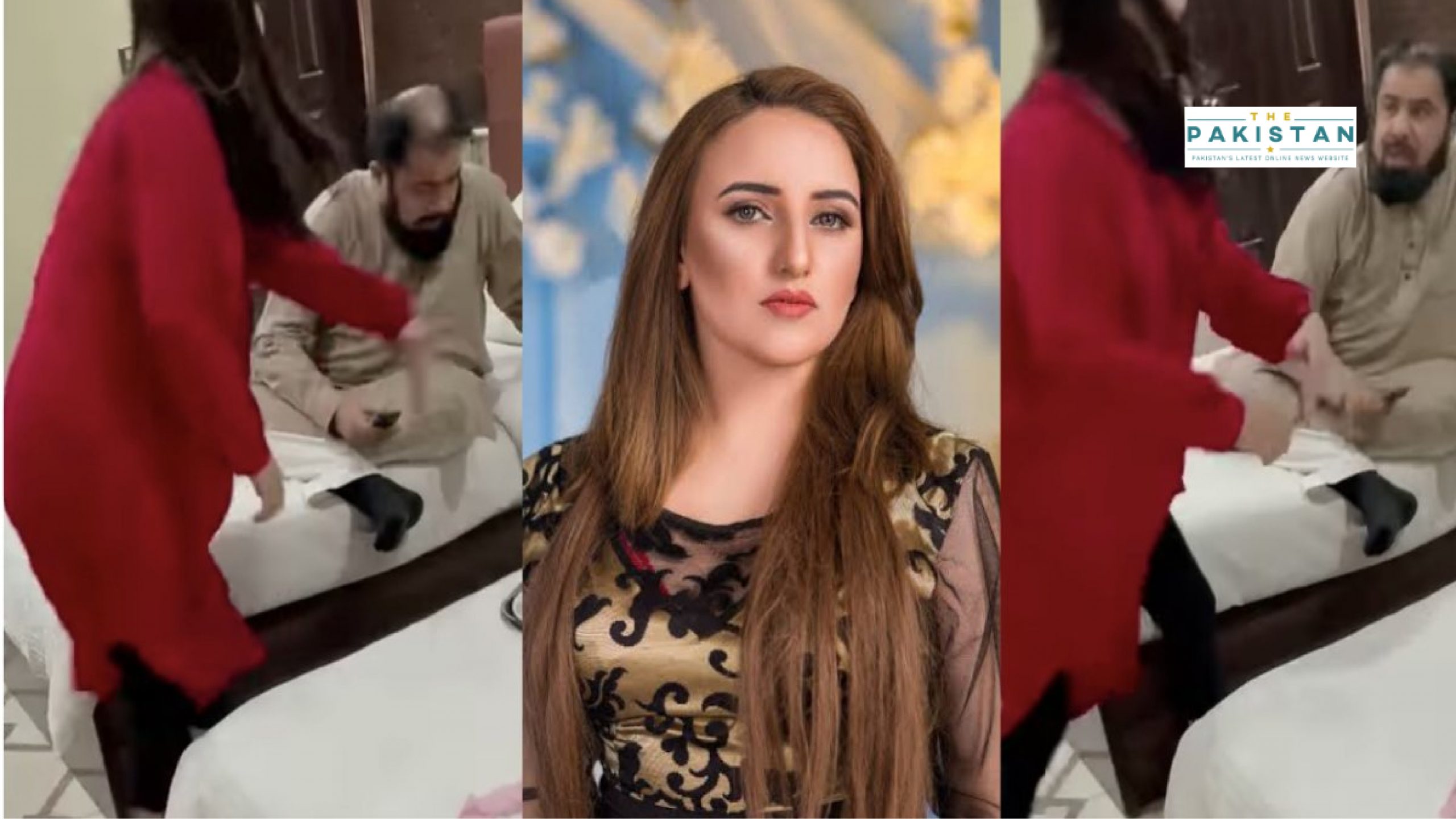 In the video, Mufti is seen sitting on a bed and using his cell phone when a lady, wearing red, startles him with a slap.

The TikTok sensation said that the cleric talked lewdly and we have recorded the entire conversation and on the other hand, Qavi denied the allegation, saying he was drinking tea when the incident occurred.

Presently #HareemShah has become very popular and is trending among netizens and trolling her for assaulting the cleric. However, a day earlier, reports were circulating that Shah was the lady dressed in red in the video. However, she disclosed to Geo News that it was her cousin that had slapped Mufti, while she recorded the video.

Fiza Hussain, popular by her stage name as Hareem Shah, is a Pakistani social media superstar who got famous because of her TikTok videos.

Shah also stated that Mufti Qawi was invited to shoot a TV program in Karachi and she managed all his travel and stay expenses. However, Mufti Qavi says he doesn’t have the foggiest idea why he was slapped and denied the allegation.