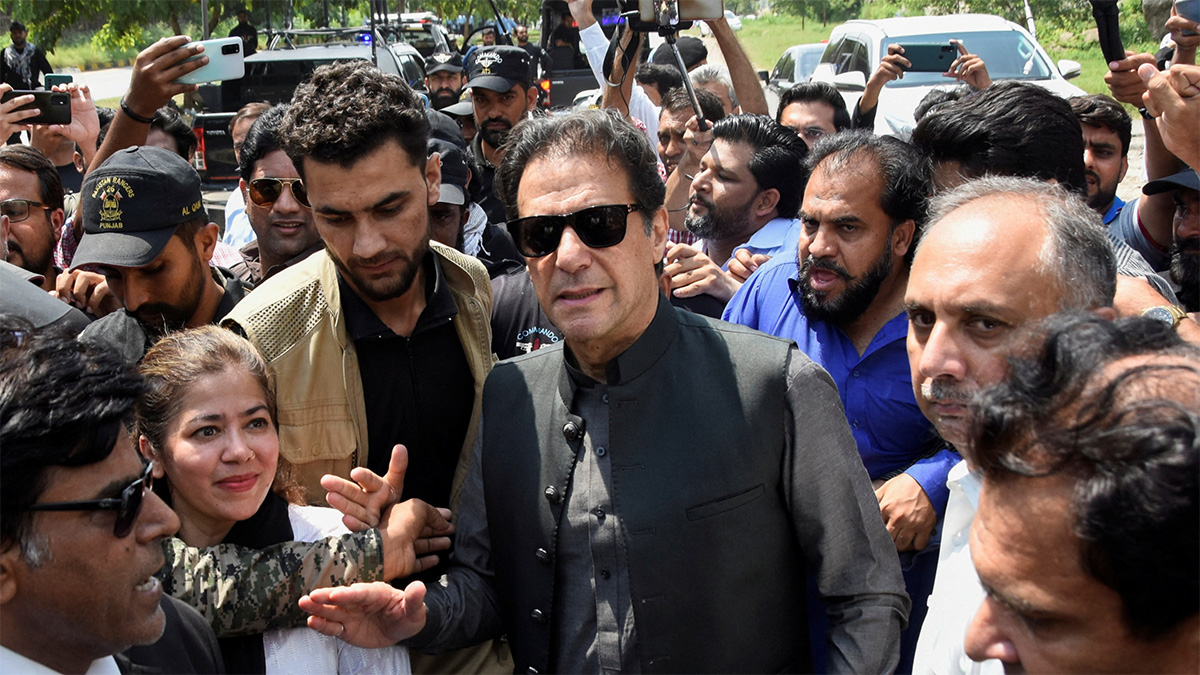 Imran Khan had his temporary pre-arrest release extended by an Islamabad anti-terrorism court (ATC) on Monday till September 20 in connection with the terrorism case that had been filed against him.

The PTI chairman drove his car covered in rose petals into the courthouse under heavy protection. Imran remained silent as he entered, but he once more assured the press that he was “extremely dangerous.”

The PTI leader was charged with terrorism under Section 7 of the Anti-Terrorism Act after making divisive comments about officials of the Islamabad Police and Additional Sessional Judge Zeba Chaudhry during a rally in Islamabad on August 20.

Another Case For Violating Section 144

The former premier was also the subject of another case for violating Section 144. The FIR later received new sections, nevertheless, for which the PTI head had petitioned the court.

Read More | Unconditional apology only way out for Imran now

These provisions were Sections 186 (three-month imprisonment), 506 (penalty for criminal intimidation), and 188 (intentional insult with purpose to cause breach of peace and disobedience to an order lawfully promulgated by a public servant).

On Sunday, Imran declined to appear before the joint investigation team (JIT) looking into the terrorist allegation brought against him for the third time.

Prosecutor Raja Rizwan Abbasi informed the court during today’s session, which was presided over by ATC Judge Raja Jawad Abbas Hassan, that the PTI chairman had not yet joined the probe.

Three notices had been sent to Imran, the prosecutor noted, but none had received a response.

But according to Imran’s attorney Babar Awan, the prosecution was notified that Imran had given his statement to the investigating officer (IO).

‘We Stand Together’ initiative supplies food, health items, and food kits to Pakistan