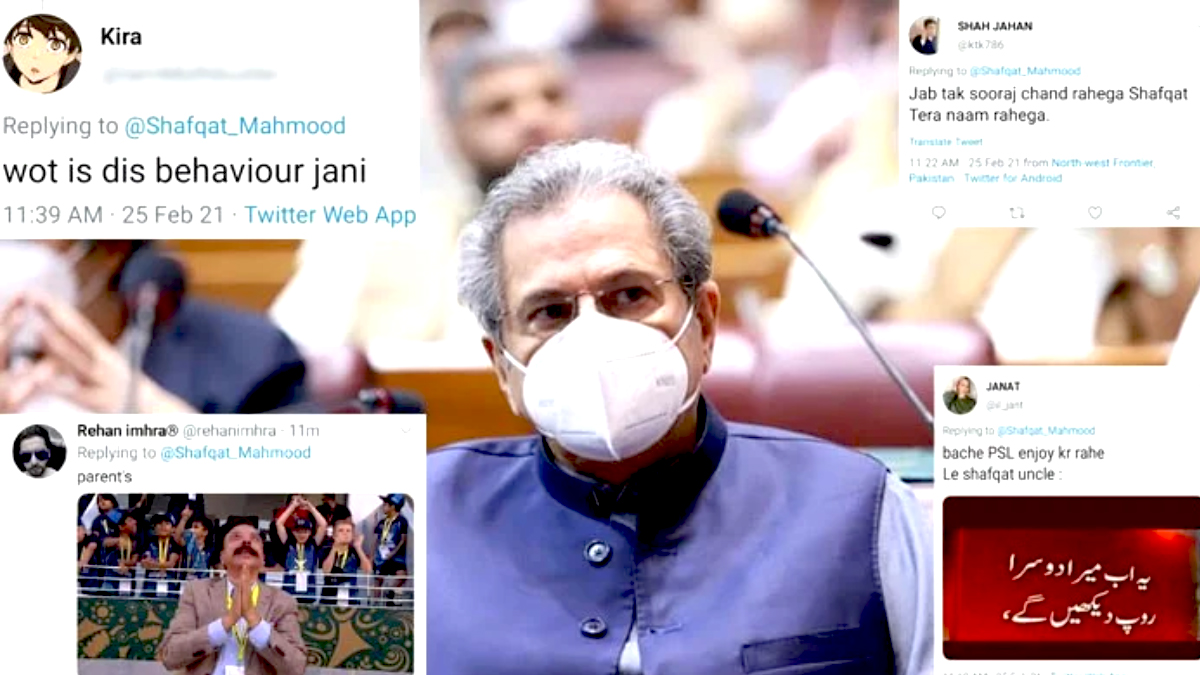 The Federal Education Minister of Pakistan Shafqat Mehmmod made some important announcements regarding the opening of schools and the conduct of regular classes in Pakistan on Thursday after which students can be seen expressing their emotions best through ‘meme language’.

For those who are unknown to this term, meme language is the way people used to convey their emotions in a satirical or comical way, creating a more relatable content than something written in a direct or fancy language.

The education minister took to twitter to announce that all the regular classes will commence from March 1 ona five day basis. He also added that the restrictions that were earlier imposed on certain schools in specific cities was only till February 28.

The PTI leader, who is also the minister for national heritage and culture, added that the announcement is applicable for every educational institution on which the restrictions were imposed earlier. “Allah SWTs infinite mercy that we are returning to normal.” he said.

Other than that, the leader also stressed on following essential coronavirus regulations in the campus. All the educational institutions will continue to adhere to all the necessities such as physical distancing, mask wearing and ensuring hand washing facilities and no carelessness will be tolerated in part.

This year in January, National Command and Operation Centre (NCOC) carried out a discussion about the length after which they decided to go ahead with classes in Karachi, Hyderabad, Lahor and Peshawar with 50% strength carried on the basis of alternate days due to most cases in these cities.

But the announcement has come when the most awaited sporting events in Pakistan, the T20 league is already in place. The Pakistan Super League offers a break from all the chaos and disturbance due to Covid-19 but with the announcement, the same will not be applicable for students.

Students took to twitter to express that the education minister has broken their hearts with this announcement.

There were many memes shared by students. Some of them said that they thought that the minister understood their emotions and this betrayal would go down the history of Pakistan(in a funny way).

Cricket is a much loved sport in Pakistan and people of all ages enjoy the sport in equal measures. Mehmood is one of the most followed Pakistani ministers and is often considered as a friend to the students hence students did not think twice in making a joke out of the timing of the announcement.