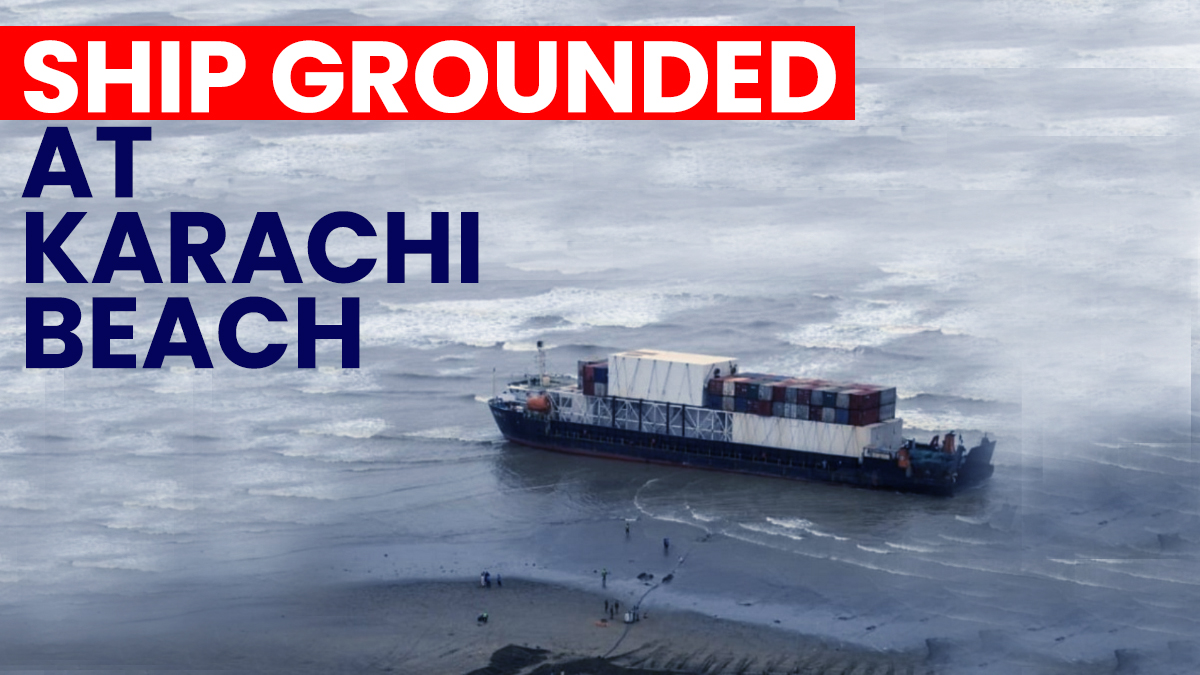 A container ship stuck at Karachi’s Seaview beach – The MV Heng Tong 77 – was freed on Tuesday from the spot and hauled to the port at Keamari for repair work.

“The ship will be detained till issuance of safety certificates,” said Mehmood Maulvi – Special Assistant to the Prime Minister on Maritime Affairs.

As per Maulvi, the cargo ship will be examined and consequently allowed to float after safety clearance.

The operation to rescue the stranded cargo ship from the port city’s shore was declared successful after tug vessels took control of the ship, moving at a speed of three nautical miles.

“The ship is set to be taken to the harbour,” Commodore (retd) Obaidullah said. “One of its reasons is that both of its anchors are broken, and the Government of Pakistan has taken the ship into its custody”.

The surveyors would check the safety navigation equipment of the stranded ship and its engines.

It was revealed by the concerned authorities that till the owner does not fix the problems pointed out; the ship will remain here.

“This ship can leave only after the issues identified are fixed,” said Obaidullah.

It is pertinent to mention that an oil spill was avoided, fortunately, and the Pakistan Navy had ensured that the ship was cordoned off with the help of other institutions.

It took time for the stranded ship to get rescued as there was no dedicated salvage company in Pakistan. A total of three attempts were undertaken to rescue the ship previously.

Manufactured in 2011, the Hang Tong 77 got stranded in the sand near Seaview Karachi because of a broken hanger on July 21. The ship, registered in Panama, weighs a whopping 2,250 tons and is loaded with containers.