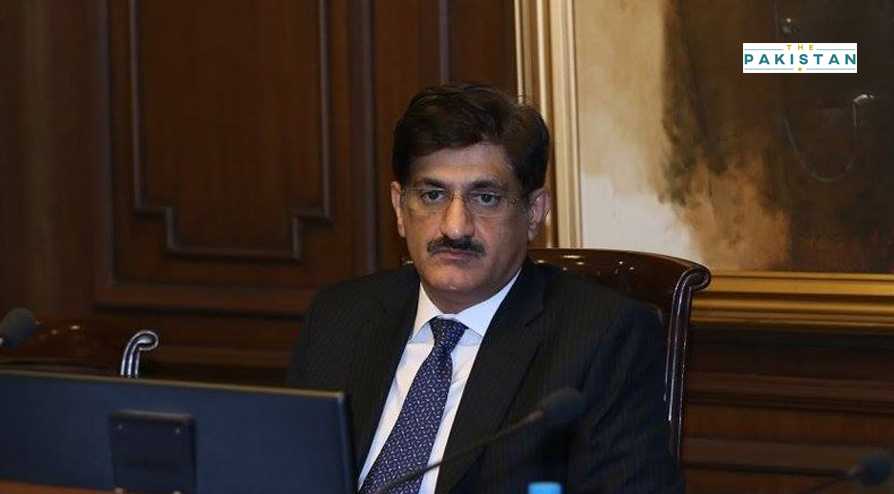 Sindh Chief Minister Murad Ali Shah has said that he will remain under isolation for some days after he tested positive for the Covid-19, a statement released by the CM House said.

The statement said that Shah witnessed a few symptoms and noticed slight fever after the Friday Jumma prayers and got himself tested which came positive.

“On the advice of my doctors, I have gone into isolation,” he said while adding that he only had a slight fever.

Get well soon wishes poured in for Shah as Information Minister Shibli Faraz prayed for CM Sindh’s speedy recovery. He also appealed to the public to strictly follow precautionary measures to protect themselves and others from contracting the virus.

Earlier, CM Shah’s brother-in-law died after he had tested positive for Covid-19 at a Karachi hospital. Syed Mehdi Shah, the managing director of Sindh Industrial Trading Estate (SITE), had been hospitalized after he became ill after returning from Iraq.

Several politicians, including Sindh Governor Imran Ismail, National Assembly Speaker Asad Qaiser, and PML-N President Shahbaz Sharif, have tested positive for the virus since the first case emerged in the country in February.

Meanwhile, the country is witnessing the second wave of Covid-19 which is being dubbed as more deadlier than the first one. The National Command and Control Centre has issued strict directions for the general public to follow standard operating procedures and penalizes those not wearing masks in public.

The government has also advised office hours to be slashed, cutting down the number of staff at premises by 50 percent, and is currently in discussion over whether to shut down schools or not.

The NCOC has further announced smart lockdowns for some of the high-risk countries.