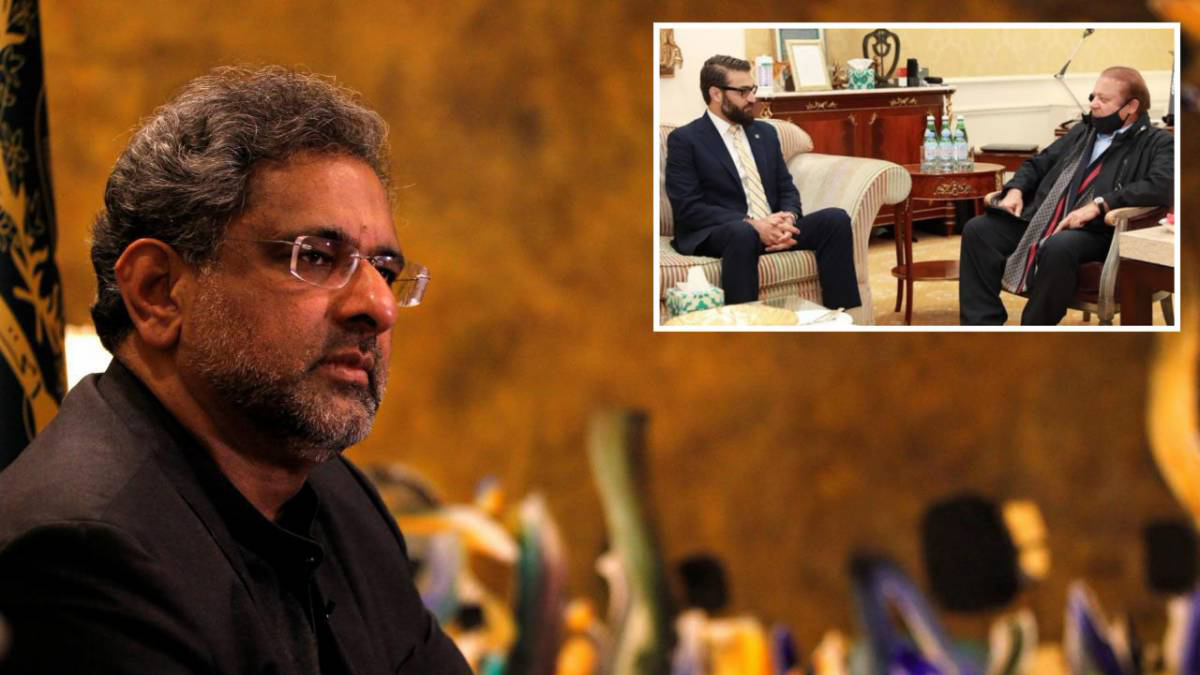 Nawaz Sharif landed himself in hot waters after he met Hamdullah Mohib to discuss matters of mutual interest.

His opposition lashed out at him, criticising him for compromising on Pakistan’s national interest by meeting a person who recently abused Pakistan.

The meeting was reportedly aided by an Arab country.

Sharif’s daughter, Maryam Nawaz, later tweeted that the meeting was convened to “talk to everyone, give an ear to their point of view and convey one’s own message across”.

Sharif travelled to London in November 2019 on an eight-week bail period on the pretext of medical treatment but refused to return later.

PML-N leader Shahid Khaqan Abbasi, however, said Nawaz Sharif’s meeting was not just with Hamdullah Mohib but that the NSA was part of a delegation from Afghanistan.

He stressed that the meeting was in favour of Pakistan and its national interest.

The PML-N leader said that the meeting was scheduled about five months back when Afghan President Ashraf Ghani had displayed a desire for a meeting between Nawaz Sharif and an Afghan delegation in London.

He said that the controversial statement given by the Afghan NSA was properly condemned by Pakistan and he got “punished” for his statements. “But you see that relations are always between two countries and not individuals,” the former prime minister added.

Abbasi said Sharif’s intention was to “improve relations” with Afghanistan via the meeting, adding that the Afghan delegation – ambassadors and ministers – and Sharif discussed the two-sided relations at length.

“You listen to them if someone is your enemy and they come at your doorstep. Afghanistan is a friend of Pakistan,” Abbasi said.

He also dismissed the impression that the PML-N suffered a loss in the Azad Jammu and Kashmir general elections due to Sharif’s meeting with Mohib.