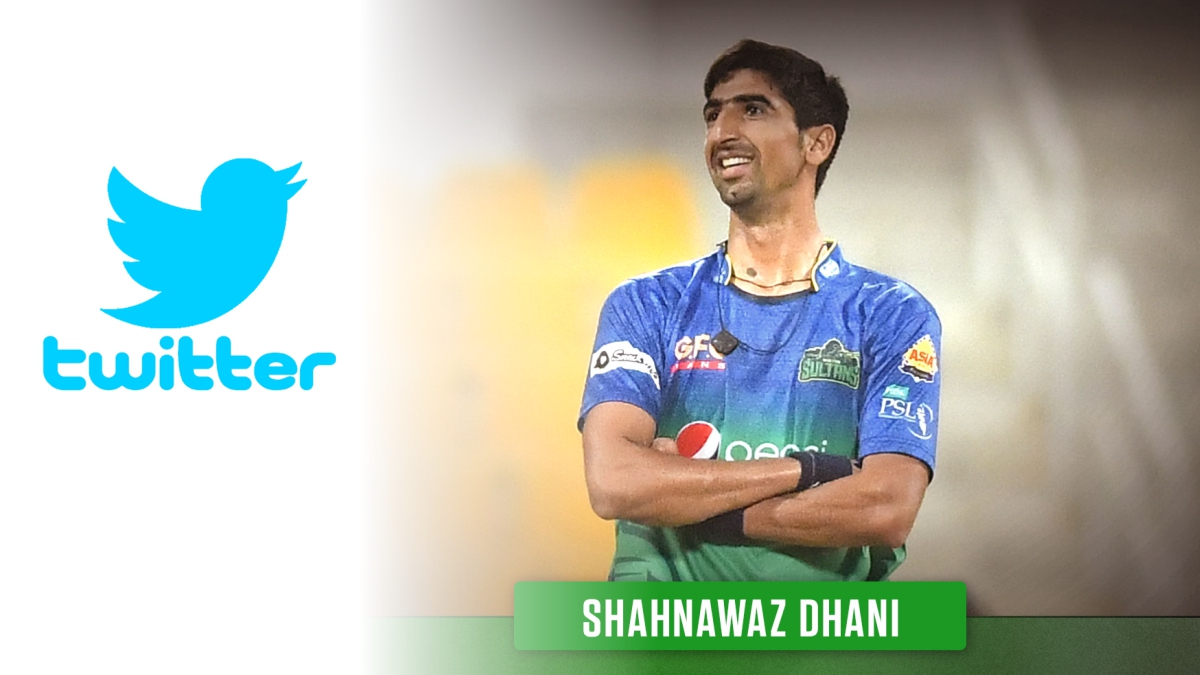 Shahnawaz Dahani, the right-arm pacer, made headlines around the world by managing to take 20 wickets during this year’s PSL.

He became the third bowler to bag that many wickets in the tournament.

He was termed as the best emerging player, and was bestowed with the ‘Best Bowler of the tournament’ award.

Currently, he is with the team in the UAE and has so far not featured in any of Pakistan’s five matches – thus, going by as a travel reserve.

Since he isn’t in the playing eleven, he seems to be enjoying his time off the field, leaving Pakistani Twitterati impressed.

The cricketer was seen having hearty conversations with foreign cricketers off the field in the last couple of weeks. Pakistani Twitter has given him a new nickname: Foreign Minister of the Pakistan cricket team.

It started with Dahani sharing pleasantries with former Indian captain MS Dhoni and various other cricketers after Pakistan defeated India in their opening match of the T20 World Cup.

A few video clips of Pakistani players conversing with MS Dhoni after the game and Dahani listening to the Indian great went viral on social media.

Furthermore, Pakistan thrashed Scotland by 72 runs on Sunday,, but in the spirit of the game, called their Scottish counterparts to take part in pacer Haris Rauf’s birthday celebrations.

Dahani, unable to control his energy once more, could be seen running around, handing pieces of the cake to the Scots.

A user tweeted a couple of shots of the Larkana-born pacer, in which he can be seen delightfully shaking hands with Afghanistan’s Rashid Khan.

Another user described Dahani as a “pure and innocent man” with “zero haters”.

One user urged everyone to laud Dahani for giving the cake to the Scottish cricketers and being a very gracious host.