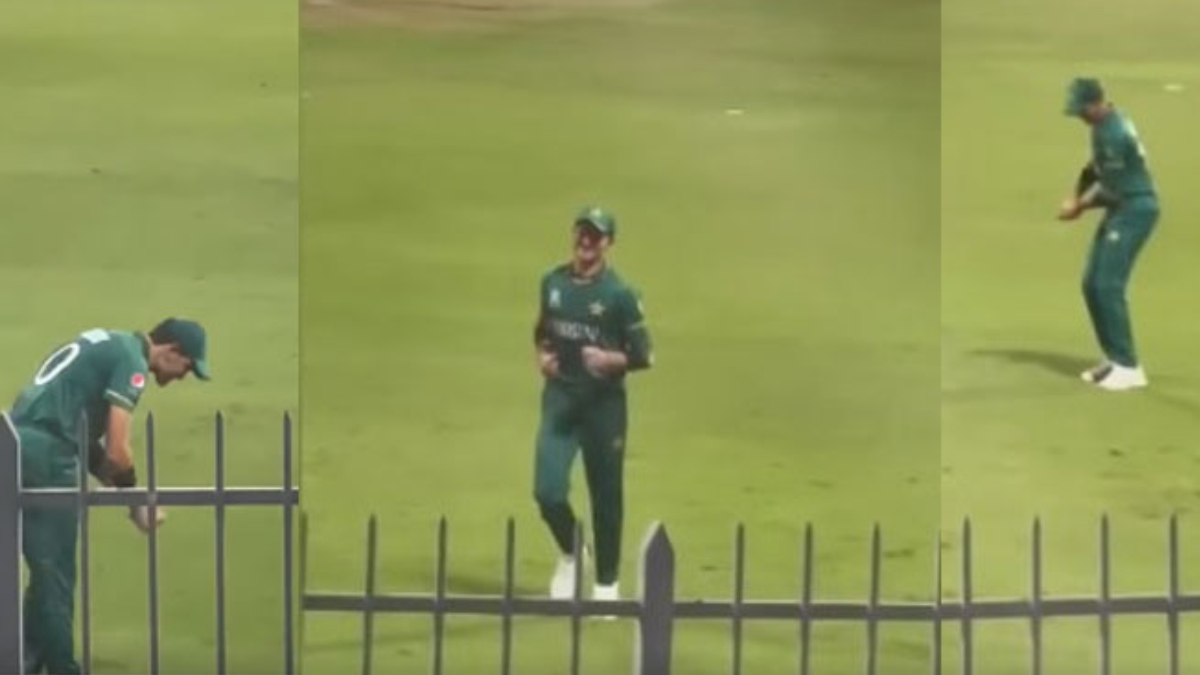 In his opening two overs, he sent back India’s opening pair, Rohit Sharma and KL Rahul and later returned to dismiss their captain, Virat Kohli.

Afridi’s 3-31 helped Pakistan break their jinx against arch-rivals India. He is being termed as the sole hero with a historic first-ever win in their opening face-off.

Lately, he was caught on camera having fun with the crowd present at the Sharjah ground.

A viral video clip on social media showed Shaheen Afridi fielding near the boundary ropes when his team clashed with Scotland on Sunday.

He mimics India openers’ as the spectators call out their names in what appears to be a very hilarious video.

It merits mentioning that Pakistan defeated Scotland by 72 runs courtesy of magnificent half-centuries from Shoaib Malik and Babar Azam. Pakistan’s semi-final clash against Australia is scheduled for Nov 11 (Thursday).

On the other hand, Australia’s batting great David Hussey has said that the Australian side could make it to the tournament’s final if they control Shaheen Afridi.

“With the ball, Pakistan is very evenly balanced with left arm Shaheen Afridi and Melbourne Stars’ Haris Rauf. They’ve got some good spin options as well.”

Hussey said the way Pakistan played throughout the tournament was just class all over the park.

“Australia will need to keep a close eye on Shaheen Afridi’s spell with the new ball and Haris Rauf’s stint later in the innings.”