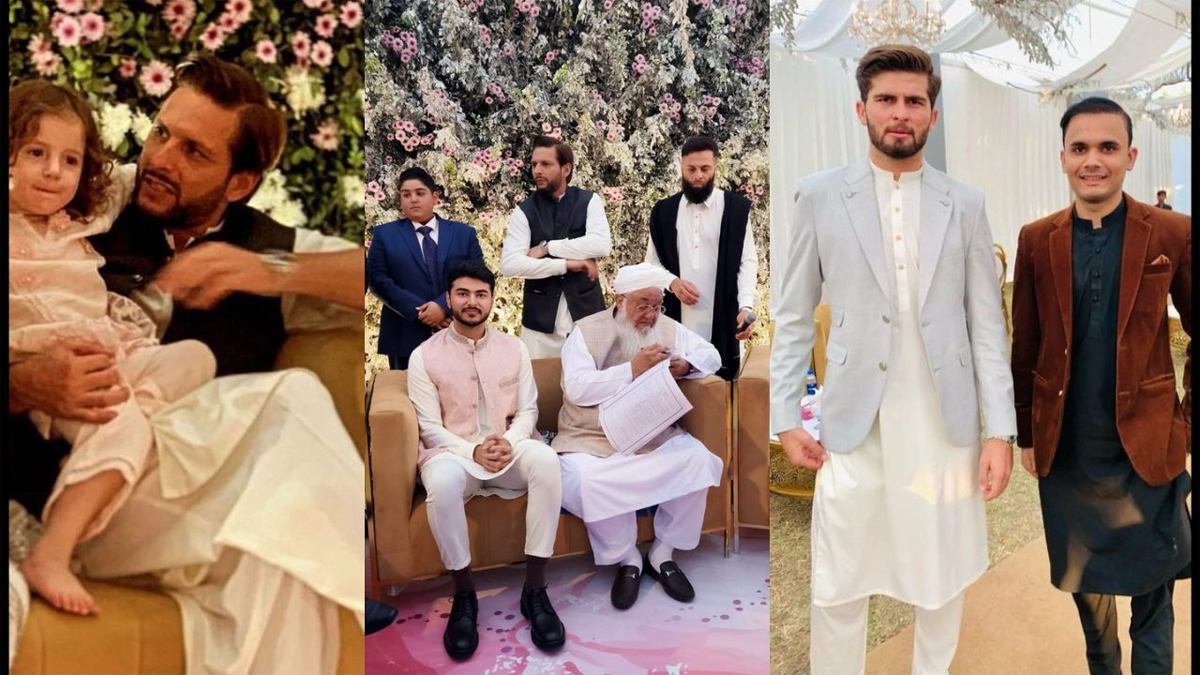 Reportedly, Afridi’s close friends and relatives were only invited to the wedding ceremony. The videos of the event went viral on social media. In one of the videos, Afridi’s daughter was seen wearing a white and yellow colour dress. In another viral video, Nasir Khan was seen saying “qubool hai.”

In 2021, Afridi reportedly wrote on Twitter, “Shaheen’s family approached my family for my daughter. Both families are in touch, matches are made in heaven, if Allah wills this match will be made too.”

Earlier, Shaheen was seen with Shahid Afridi at the National Bank Cricket Arena for the fourth day’s play in the second Test match between Pakistan and New Zealand. They were often spotted together at various events.

Shahid Afridi is currently serving as the interim chief selector of the Pakistan cricket team. His real name is Sahibzada Mohammad Shahid Khan Afridi. He is a right-handed leg spinner and a right-handed batsman. He led the Pakistan team in the 2011 Cricket World Cup.

Afridi made his ODI debut in 1996 against Kenya. He made his Test debut against Australia in 1998 and the T20I debut against England in 2006. In 2010, he was appointed Pakistan’s ODI captain. In 2015, he retired from ODI cricket. He reportedly announced his retirement from international cricket in 2018. He has played various international cricket matches in his career. He is one of the most popular cricketers in the world.

Earn through Google without Investment in 2023