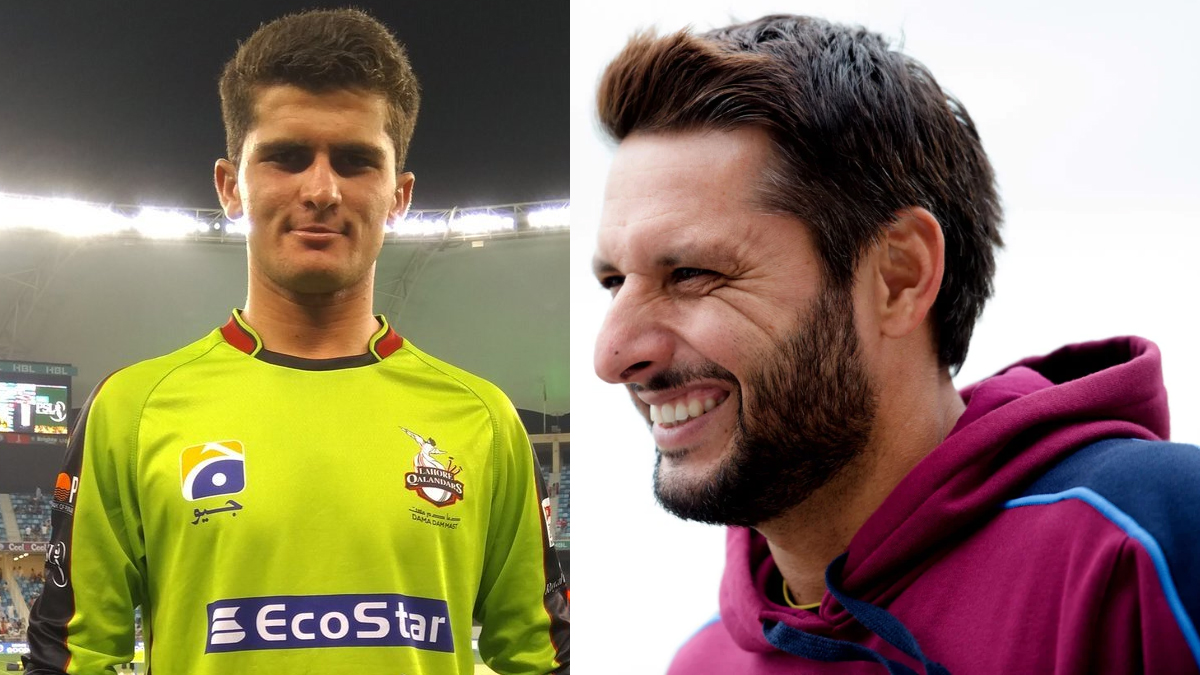 Shaheen Shah Afridi on Sunday thanked ace pacer Shahid Afridi for his blessings and well wishes after the former Pakistani team captain confirmed that the young player’s family approached him for his eldest daughter’s Aqsa hand for marriage.

Taking to Twitter, Shaheen thanked Shahid Afridi “Lala” for his prayers and regarded him as the pride of the nation. He further urged the almighty to make things easier for everyone.

“Alhumdulillah. Thanks Lala for your prayers. May Allah SWT make things easier for everyone. You are the pride of entire nation,” Shaheen wrote in his tweet to Shahid Afridi.

As per reports, a senior sports journalist has confirmed that the two families have accepted the union of Shaheen Afridi (20) and Aqsa (19). However, a formal engagement will be performed in the next two years once Shahid Afridi’s daughter completes her education.

Responding to rumours about his daughter’s marriage, Shahid Afridi took to Twitter and said that both families are in touch. He noted that marriages are made in heaven, adding that “if Allah wills this match will be made too.” The former national team captain further said that his prayers are with Shaheen “for his continued success on and off the field.”

Read Also | Keeping Covid in mind, PSL matches will now only be held in one city

As per media reports, Shaheen’s father Ayaz Khan has also confirmed that he sent a proposal to Afridi’s family for his son’s marriage with Aqsa and it has been accepted.

“We are very happy and both families have been in discussions for the last few months and hopefully now dates will be finalised soon,” Ayaz Khan said, as reported by PTI.

Amid this development, a video has been making rounds on social media which shows Shahid Afridi facing pacer Shaheen in a Pakistan Super League (PSL) match in 2018. In the video, Shahid Afridi (playing for Karachi) can be seen hitting a six on the first ball delivered by Shaheen (playing for Lahore). Interestingly, in the next ball, Shaheen can be seen dislodging Afridi’s stumps with a speeding delivery. Both Shahid Afridi and Shaheen Afridi represent rival teams in the Pakistan Super League (PSL). The sixth edition of PSL which got postponed this year in the wake of the COVID-19 pandemic.