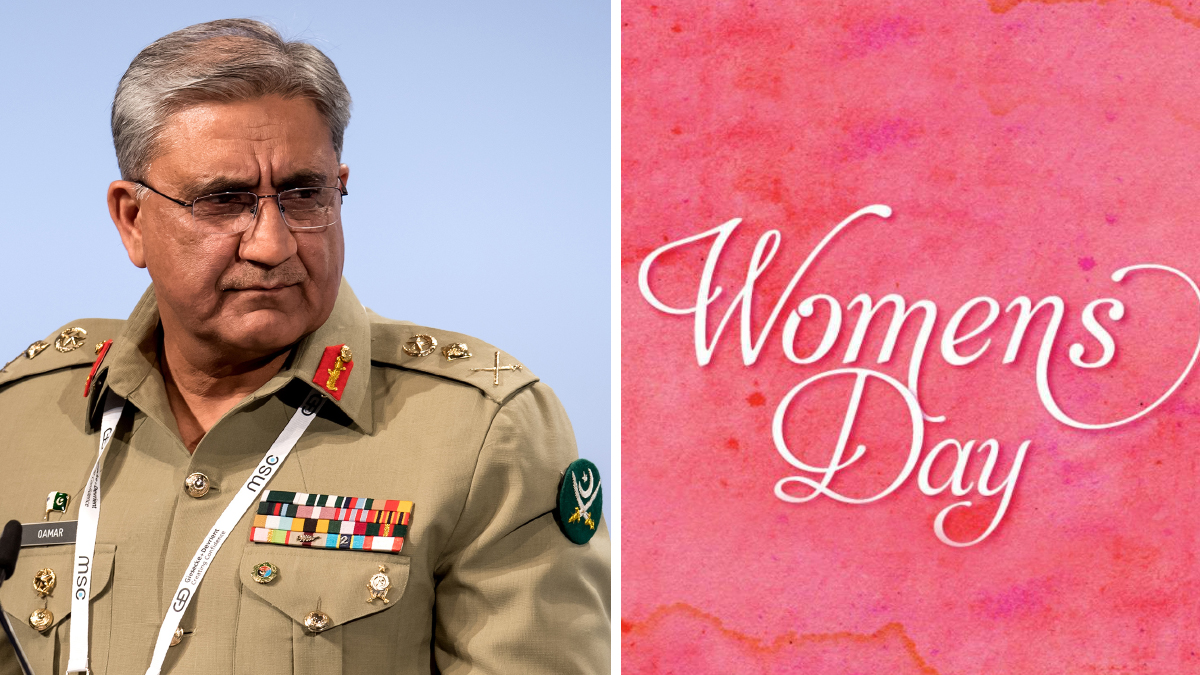 It is International Women’s Day and there could be no better day to empower women all around the world. As much as it is necessary to take not off everyday but not one gets up with the idea of helping women and ensuring that they get as much as any other gender. Pakistani women are no different and the recent remarks of the Chief of Army Staff general Qamar Javed Bajwa have stressed on it too.

The Chief of Army staff said, “Pakistani women contributed immensely for the glory and honour of our nation,” as he also wished on International Women’s Day. The message was promoted by the ISPR director General Babar Iftikhar on his Twitter account.

The message added that women have been on the frontline during the covid-19 pandemic and those in uniform have proved how much their contribution means to the country. They have contributed to serving the nation and humanity and they deserve immense respect and gratitude for it, he added.

March 8 is marked as International Women’s Day and that means, this day is celebrated to honor the contribution of women and share their stories, struggles from all around the world. This year, the theme of this is “Women in leadership: Achieving an equal future in a COVID-19 world.”

In Pakistan, a lot of different initiatives are being taken to celebrate this day. There are conferences, events and seminars throughout the country and these events are aimed at highlighting the significance of the undeniable role of women in shaping the society. There is a march scheduled on Monday called Aurat march. The march will be held at Karachi’s Frere Hall. There is an increasing role of women in the society and Pakistan has come ahead in this movement to encourage more and more women to choose their lifestyle. The fact that people have started accepting that females are not just second gender but hold the same position and power as the other gender.