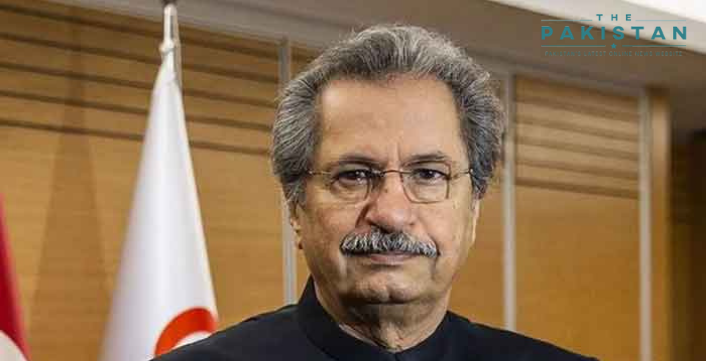 Ever since the federal government announced its decision to re-open schools on September 15, rumours have abound that the date will be pushed back further.

However, Education Minister Shafqat Mahmood on Friday categorically denied these rumours claiming that the government is committed to the September 15 timeline and will review the decision once again in the coming week.

Taking to his Twitter account, the minister said “some fake accounts in my name are spreading false news that schools will remain closed till Oct. Not true. Education ministers meet on 7th to finally decide with likelihood of opening on Sept 15 in a phased manner.”

The government is currently mulling over a strategy to find out an effective way for testing students at schools to contain the Covid-19 virus.

See Also: Exports Down by 20 Percent

Meanwhile, the Sindh Government has also announced its decision to re-open schools from September 15. As per the tentative schedule released by the provincial government on Friday, Sindh government is working on this probable schedule.

The provincial government said the schedule for opening of schools involves reopening Class 9 and above from September 15, Class 6-8 September 21 whereas classes from nursery to 5 will be opened from September 28.

The federal and Sindh governments were at odds with eachother on when to reopen schools as the two had wide-ranging disagreements over the strategy to control Covid-19 in their respective domains. However, it seems that the two have now come onboard and agree on the timeline for reopening of schools.

The federal government has directed all public as well as private schools to observe standard operating procedures strictly in order to ensure the virus does not spread among the children.

Planning Minister Asad Umar, who leads the huddle on Covid-19 mitigation said the second Covid-19 positive wave could be worse than the first one.

Opposition parties to meet on September 20