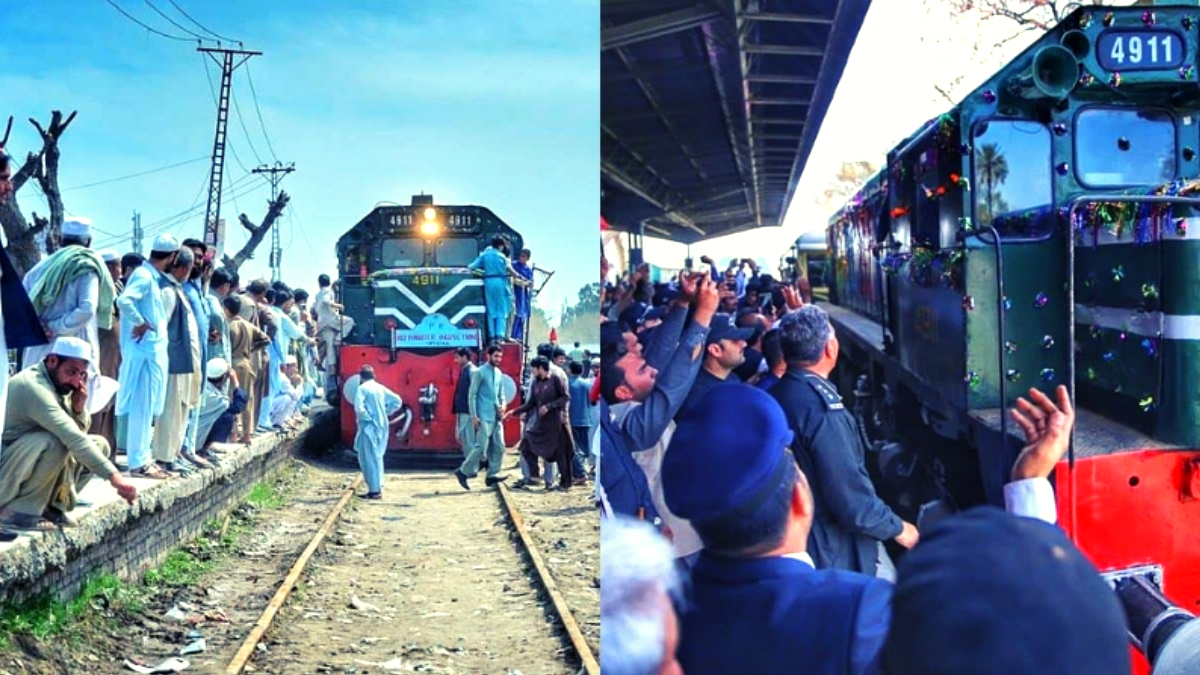 A safari tourist train has been introduced in the Pakistani railways to promote beauty, culture and tourism of the Potohar region on Sunday. The train will be starting from the Golra station to Attock Khurd.

The Minister of railways was accompanied by Senate Chairman Sadiq Sanjrani and both the personalities inaugurated the tourist train the Golra railway station. As per reports, the train will be carrying ferry tourists from Golra to Hassanabdal, Attock Khurd and Attock city along with also covering nearby places.

The train will run on Friday, Saturday and Sunday as these are the days that most tourists prefer to explore new, scenic and beautiful areas, gathered the report. The last stop of the train is at the historic Attock Khurd station and all other landmarks fall before it.

The trip majorly targets the scenic, untouched beauty of Pakistan as it goes through the most dazzling parts of Potohar which include Margalla Hills, Sangjani tunnel and many bridges like Chablal bridge, haro bridge, Ghazi Borotha and Attock Khurd bridges, confirms report on the Pakistani website.

The train will also include one of the most interesting bridges in Pakistan between Punjab and Khyber Pakhtunkhwa provinces–the Old Iron grinder bridge. The bridge draws a lot of visitors and now through railway facilities, it will only become easier for tourists to explore it in a more diverse manner.

“It is my priority to end corruption in Pakistan Railways. I will eliminate all black sheep from the organisation and make it profitable,” said Minister Azam Swati. The Senate chairman also stressed on the importance of safari trains in dissemination of the beauty of the country.

He explained that these tourist trains can contribute in the recretatinal ways for people, which will also be a push for the tourism sector. He added that such trains should also be started in other areas as it will play a leading role in promoting culture of the country. Apart from this, as the launch was concluded, it was also brought into notice that freight trains will also be starting in the country. Azam said that these preparations are in line with the vision of Prime Minister Imran Khan and Pakistan Railways will work to promote tourism in the country.

MoST to provide ECP with electronic voting technology