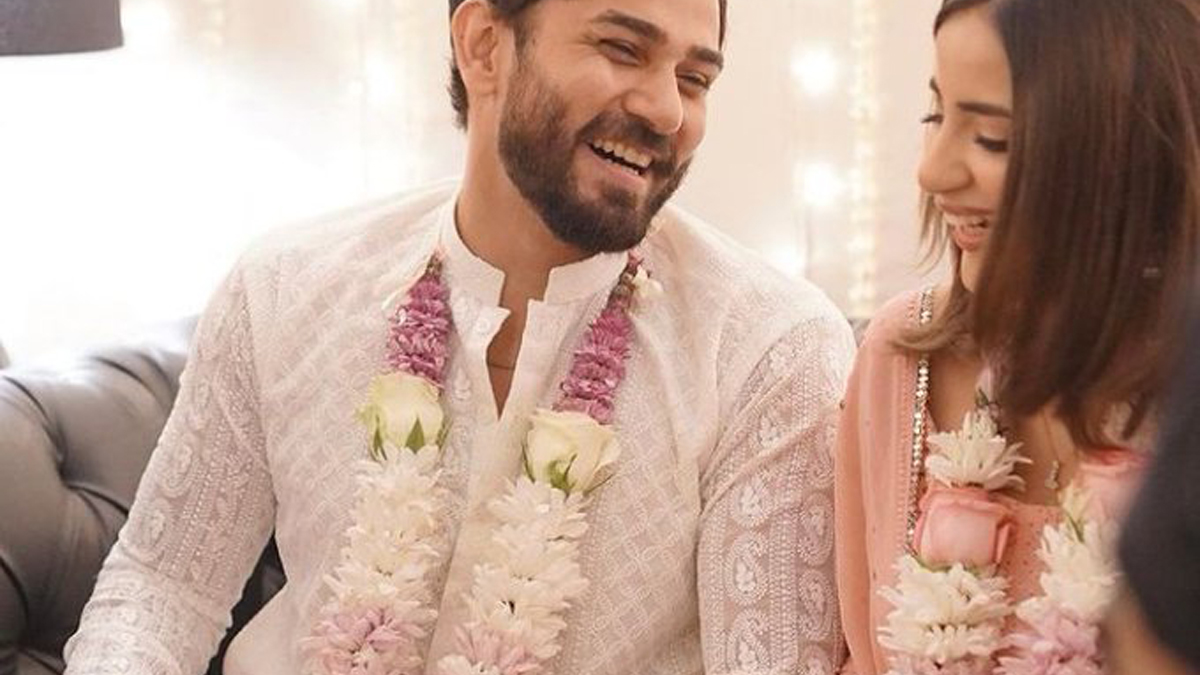 Saboor Aly and Ali Ansari had their ‘baat-pakki’ a month back and the news was received with massive love by the netizen community.

Actress Saboor Aly recently gave an interview where she shared details about her much-talked-about engagement.

Saboor is known for her roles in popular serials such as ‘Fitrat’ and ‘Ishq mein Kaafir’, and movies like Actor in Law.

She also got candid about her constant comparison with sister Sajal Aly.

Speaking about the events that led to her engagement with Ansari, the actress said that it wasn’t planned and happened rather quickly.

Read Also | No WHT On banking transactions a step in the right direction: Experts

“It was completely planned by Ali’s sister (Maryam Ansari) and Sajal. It was a surprise for us also. When we were on the show, nothing was there. Maryam has always been a very good friend of mine. I worked on a project with Ali where I would discuss my life with him and he would do the same”.

The actress added, “Maryam would always say, ‘I want a nice girl for my brother’ and I would suggest girls to Ali. Maryam once asked me why I wouldn’t marry her brother. She’d say that he is very nice and caring and that whatever girl ends up with Ali would be very lucky. This never really crossed my mind”.

She said, “When we got to talking, I immediately told him that I wasn’t someone who’d prolong the talking stage and that if I am interested, I will want something serious from the get-go. I initially thought it wouldn’t work out after that, but things started moving very quickly. We decided everything in the span of a day. I was very scared initially, but now I consider myself very lucky.”

Addressing the comparison with her sister, Saboor shared, “When people start comparing, it makes things weird. People turn things into a competition.”