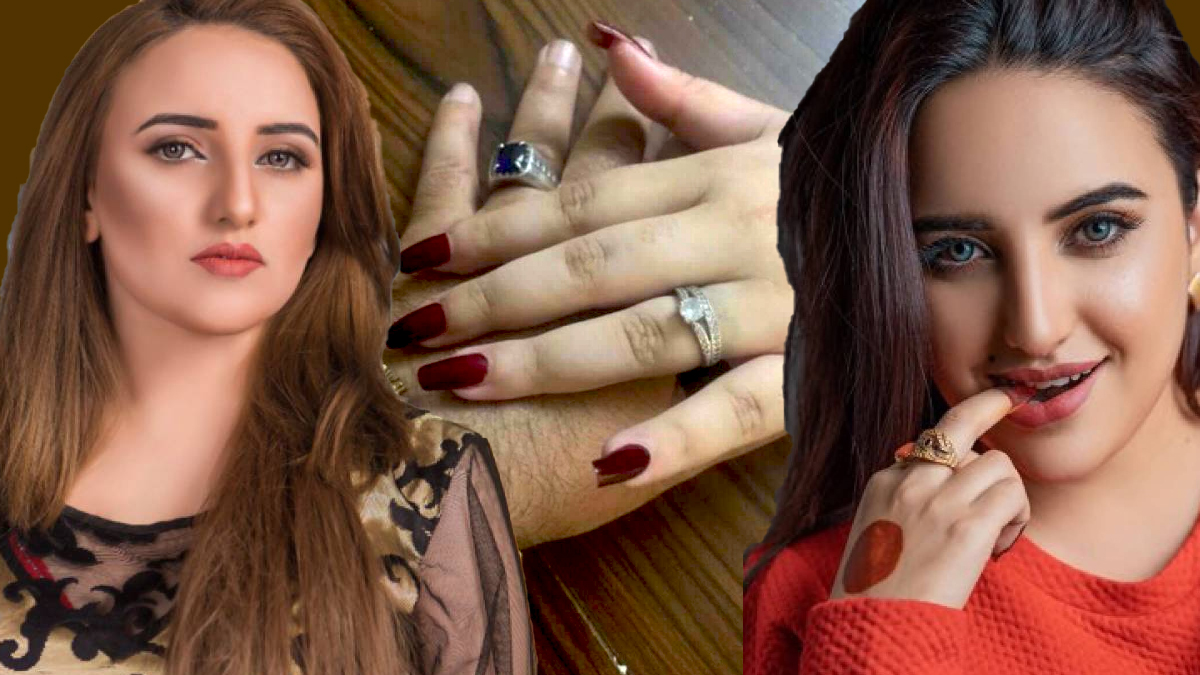 The TikTok star spoke to a private news channel where she confirmed the news of her marriage but kept, under wraps, the details about her husband.

Shah, however, said that she would unveil details about the wedding soon and will uncover her partner to her fans.

The development comes only a few days after she sparked reports of an engagement with a photo of her hands showing off a diamond ring. The Instagram upload was seen with the caption reading, “Alhamdulilah.”

She clicked the picture by holding the hand of the beau. Her better half can also be seen wearing the ring.

The post was then taken down afterwards, keeping her fans at the edge of their chairs.

The husband of the 29-year-old controversial star is said to be a lawmaker, who hails from the Pakistan People’s Party – one of the biggest political party in Pakistan’s political arena.

While some see this as another social media stunt, others are guessing the name of the MNA.

The TikTok star has acquired a fan club of over five million on her Tiktok ID.

Hareem Shah has definitely mastered the art to make it to the headlines as her peculiar actions hit a nerve amongst the masses.

Shah is known as a controversial figure in the South Asian country following her several scandals with different popular people. Shah, recently, took social media by storm after she pitched a video of her slapping a controversial religious figure – Mufti Abdul Qavi. The social media sensation has seen a quick rise to fame and last year, she was among the few key voices objecting to the ban on Tik Tok by the Pakistani government. She later credited herself after the short-lived ban was lifted