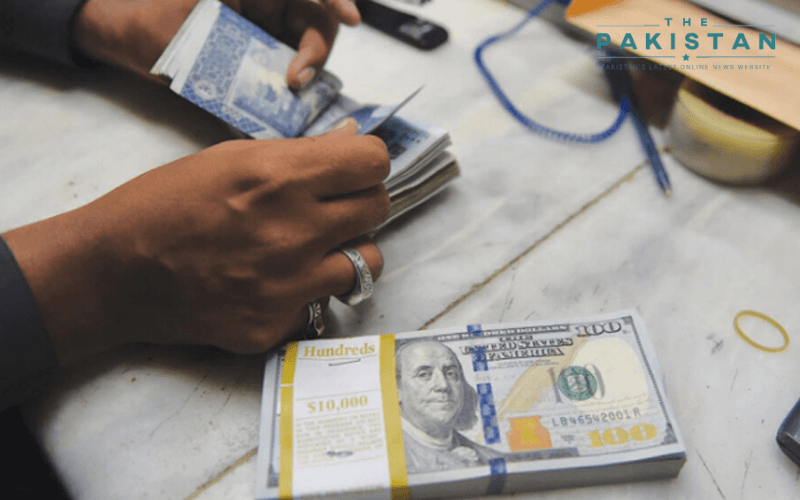 The rupee on Monday lost another 30 paisas against the greenback to close the session at Rs168.30, falling to three-month low during the session.

The Exchange Companies Association of Pakistan’s Zafar Paracha, in an email said the rupee fell from a close of 168 against the dollar on June 25 to Rs168.30 in the interbank market in today’s session due to the currency market volatility.

Local currency has lost Rs1.37 in the last week alone despite massive increase in the foreign exchange from bilateral and multilateral lenders.

Currency market experts believe the volatility in the currency markets is unwarranted and is not based on fundamentals. They said the government has borrowed $7.5 billion fresh loans over the course of the last 11 months.

In the last week alone, the government borrowed $1.7 billion. These include $725 million from the World Bank, another $500m from the Asian Development Bank and Asian Infrastructure Investment Bank, respectively.

With these foreign exchange inflows, currency traders and analysts said the market volatility in the rupee-dollar parity will subside. They said the inflows of $1.7bn into the market will increase the liquidity and ease demand pressures helping to stabilise the rupee’s continuous downward fall in the month of June.

However, with today’s terror attack on Chinese consulate and the Pakistan Stock Exchange, the markets were shaken by the news thereby increasing downward pressures on the rupee in the face of security risks.

With the swift action from the authorities, the terror designs were thwarted in a matter of minutes and all attempts to destabilise the economy were also nipped in the bud.

Analysts therefore, believe that today’s losses in the local currency will be reversed in the ongoing week. Moreover, they said with the above-mentioned inflows into the State Bank, the markets will react positively and help the rupee regain previous losses.