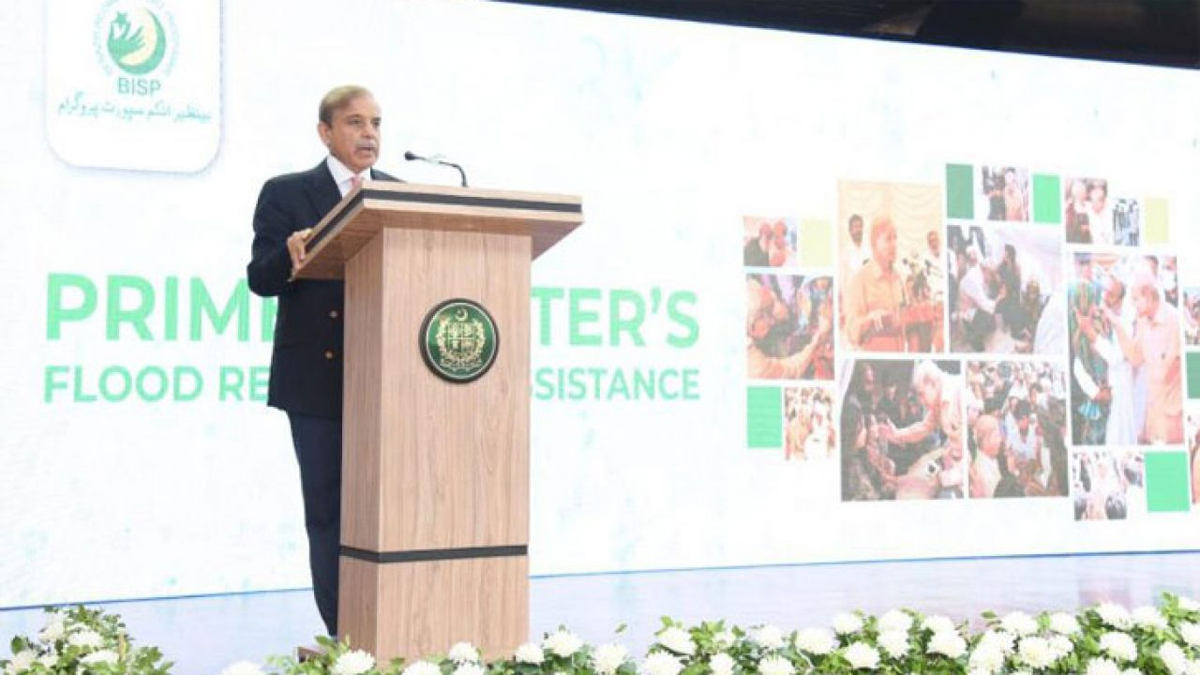 In order to provide Rs50,000 in cash assistance to each of the 1.5 million affected families in the nation over the course of two instalments, Prime Minister Shehbaz Sharif on Friday announced the launch of a Rs37.2 billion flood relief cash programme.

This programme will be especially helpful in Balochistan, where heavy monsoon rains caused the most infrastructure damage and caused hundreds of deaths.

In collaboration with the National Disaster Manage­ment Authority and other related departments, funds are being provided through the Benazir Income Support Programme.

At the commencement of the flood relief payment programme, Prime Minister Sharif stated that the cash disbursement will be finished within three days, as promised by the NDMA chairman, to enable the rain-affected people afford their food and other emergency requirements.

In the following stage, he explained, a joint survey will be conducted with the provinces to coordinate the rehabilitation work in order to determine damages to crops, homes, highways, and bridges.

“I am grateful to Finance Minister Miftah Ismail for giving the cash,” Mr. Sharif said, adding that a total of Rs37 billion had been set aside to help the flood victims.

All Four Provinces Were Devastated

He claimed that all four provinces were devastated by the severe monsoon rains that caused floods, with Balochistan suffering the worst.

He explained that the third phase will involve the government working with international development partners to modify the infrastructure to reduce future flood damage.

Through a video link, participants in the Jhal Magsi area could observe beneficiaries receiving financial aid during the launching event. The initiative was initially introduced in Jhal Magsi, Khuzdar, Qilla Abdullah, and Lasbela, four Balochistan districts.