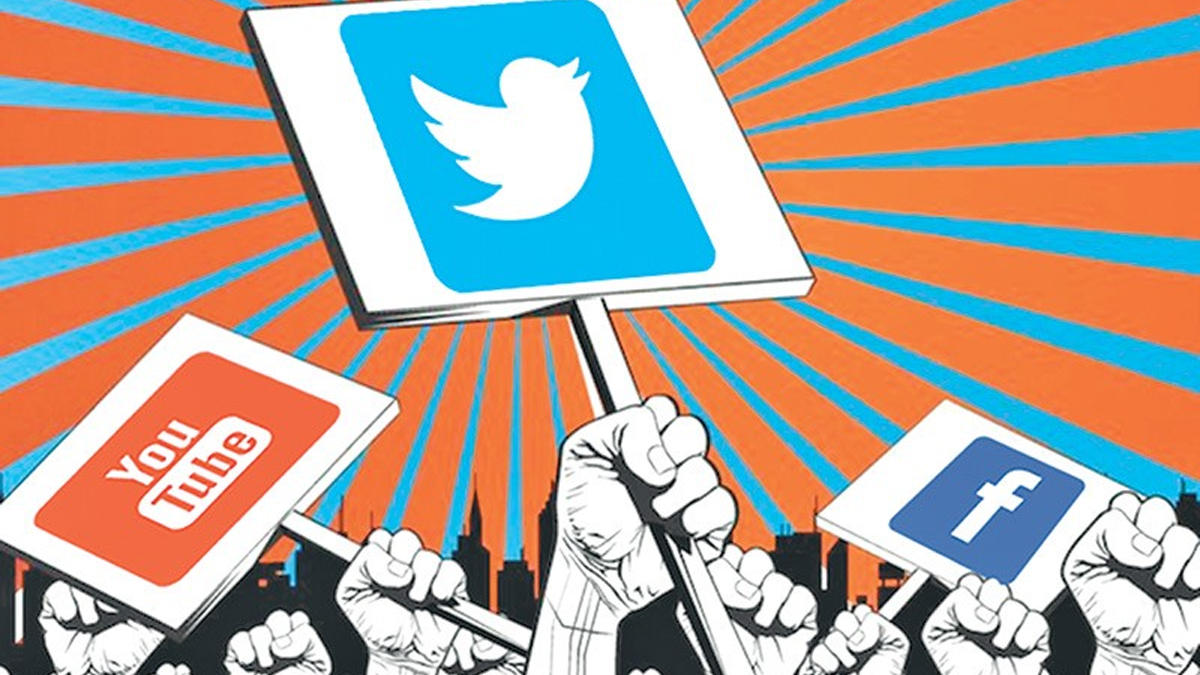 Social media has spearheaded the war of narratives across the globe. The new mode of communication makes information travel faster, and various platforms such as Instagram, Twitter, Facebook, Snapchat, LinkedIn, etc. have become an integral part of our lives. Social media has emerged as an influential tool in political affairs due to its ability to amplify messages through the above-stated digital platforms.

It is pertinent to state that the recent events in Pakistan are a prime example of this reality. The country’s political circuit has been turbulent for the past few weeks, where new developments have taken place in a short span of time. The increasing use of digital media platforms also extended to political deliberations and a spontaneous outpour of emotions on various platforms.

Pakistan, like other countries worldwide, has also witnessed a growth in digital media users over time.

A notable spike was observed in March in the level of Twitter engagement analysed over the past few weeks amidst the unfolding of various political events. It is pertinent to mention that Twitter is relevant in political terms as nearly every important person in domestic and international politics has a verified Twitter handle, adding to its authenticity and credibility.

The other platform whose usage has increased in the last few weeks is YouTube. Numerous channels on the platform offering political insights can be one of the reasons for greater engagement which surged from 1.21% in February 2022 to 9.71% in March 2022.

All you need to know about Karachi’s latest blast

Are women better than men at workplaces?