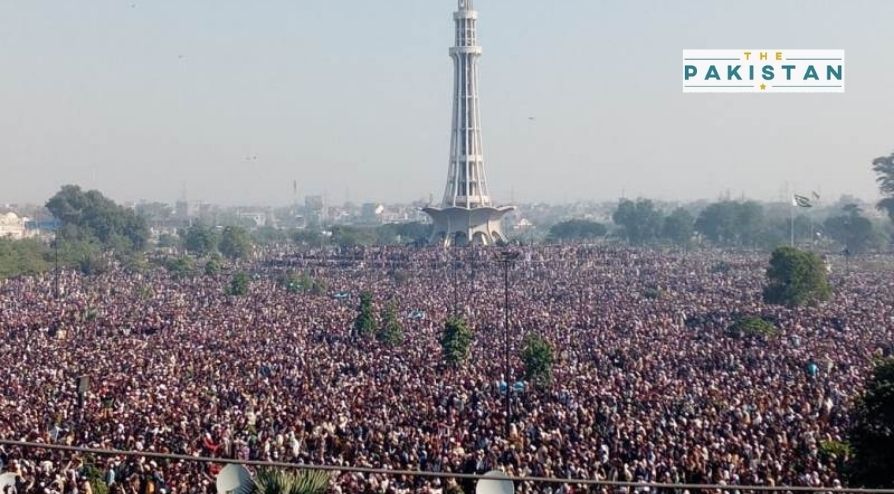 The sudden death of Tehreek-i-Labaik Pakistan Chief Khadim Hussain Rizvi attracted a large crowd at his funeral in Lahore where thousands participated.

The funeral was held at Minar-e-Pakistan.

Rizvi died on Thursday while being taken to the hospital in an Edhi Ambulance. Medical certificate shared on social media did not share any details. The late political orator is succeeded by a wife, two sons, and three daughters.

The leader was reportedly sick for the last three days and was suffering from fever.

Just days ago, he had held a massive rally in the capital city suburbs protesting the comments made by French President E Macron. He had however up the protest wrapped up after he claimed he had received assurances from the government. He had also protested various cultural events which he said were against the Islamic mode of thought.

His fame came suddenly and quickly when he staged a massive protest at Faizabad. He brought the country to a standstill.

The government acted on the military’s suggestion and the sit-in ended after the military acted as a mediator to end the protest and the PML-N government removed its minister for law Zahid Hamid.

Lieutenant General Faiz Hameed, the incumbent ISI DG, had signed the agreement between the PML-N government and TLP as a guarantor.

PM Imran Khan and the Pakistan Army issued a statement expressing their sadness over the sudden death. The abrupt announcements were not received well everywhere as observers questioned how the state could endorse someone who has made such problematic statements in his short political career.

The picture of the gathering at the funeral showed people flouting the standard operating procedures not wearing masks and maintaining social distance between each other.

The gatherings need to be reduced as the country cannot afford to have another Covid wave that forces shut down economic activities.