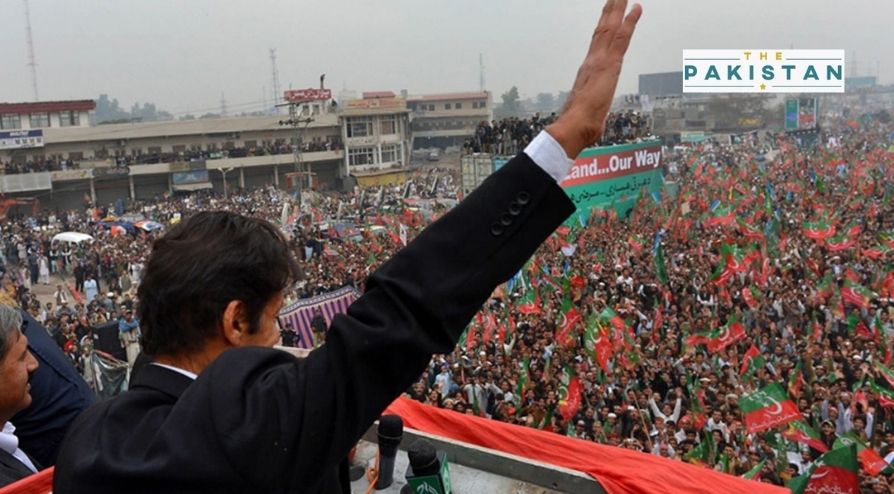 Prime Minister Imran Khan criticised the opposition’s request for a rally in Peshawar over the rising number of Covid-19 cases in the country. The opposition however said that on one hand, the TLP is holding a massive funeral with thousands whereas the government is giving double-talk to the PDM.

“The same PDM members who had wanted a strict lockdown and criticised me earlier [are] now playing reckless politics with people’s safety,” PM Khan said.

“They are even defying court orders and holding a jalsa when cases are rising dramatically,” he added.

Meanwhile, Federal Minister of Planning Asad Umar said that “the PML-N government in Azad Jammu and Kashmir has imposed a complete lockdown for two weeks. The PPP government in Sindh has imposed ‘smart lockdowns’ in four districts in Karachi. However, both parties are insisting on holding the Peshawar rally.”

“In 2013, the PTI won four out of four seats, and five out of five in 2018. God willing, the same will happen in the next election. Peshawar is Imran Khan’s city,” he added.

In addition to these, Information Minister Shibli Faraz said that the opposition was not acting in a responsible manner putting thousands at risk.

“Their insistence on holding tomorrow’s rally is a reflection of their undemocratic thinking and irresponsible attitude. There is no legal or moral justification for moving forward with the rally despite the orders issued by the government and the court,” Faraz added.

Further doubling down on the opposition, Science Minister Fawad Chaudhary said that “playing with the lives of the people is no joke. The Tehreek-i-Labbaik also didn’t leave any stone unturned in making Lahore a Covid time bomb. Now, the PML-N and the PPP will create chaos from Peshawar to Multan.”

The government however refuses to acknowledge the grave situation in Lahore as the funeral is also expected to cause a hike Covid-positive cases.