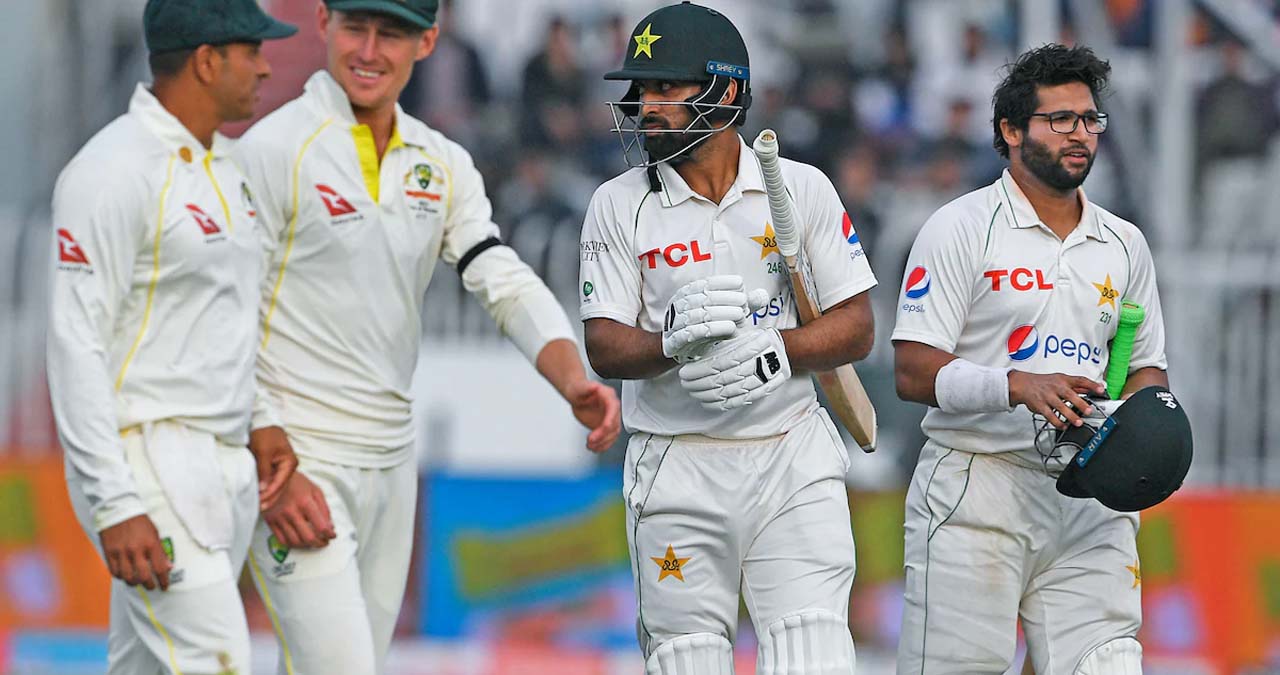 While Pakistani cricket may have a number of issues, Rawalpindi’s pitch isn’t one of them.

Pakistan’s first home Test against Australia in 23 years has not been the best advert for the cricket-deprived country. It had nothing to do with the quality displayed by both teams. The pitch at the Rawalpindi Stadium left a lot to be desired. While Australia is on their first Pakistan tour since 1998, the Test series is being seen as a chance for the Pakistanis to test their skills at home, fighting one of the top cricketing teams. However, the opening Test has been disappointing, with the pitch being nothing more than a graveyard for the bowlers.

The batters of both sides had an amazing time, with the bowlers completely left at their mercy.

Abdullah Shafique and Imam-ul-Haq got together in the middle, had a fist-bump and little chat. The test ended as it had begun with Pakistan’s batters at the crease and Australia’s bowlers just throwing the ball at them. Five days, just 14 wickets, and a toll of 1187 runs.

Federal Minister for Information Fawad Chaudhry also expressed his disappointment with the PCB for preparing a “dead wicket” for the opening Test match of the Pakistan-Australia series.

The Test match of the historic series ended in nothing more than a draw. Throughout the series, fans and cricketers criticised the PCB for the pitch.

Endorsing the sentiments of cricket fans, Fawad Chaudhry slammed the Board for preparing a dead wicket.

“Extremely disappointed at our board for choosing a dead wicket for a historic match, with such a furious Pakistani pace attack, why would we make such dead pitches?” Fawad asked.

“We had a Test match after two decades and just look at the pitch. I hope they will give cricket a chance in the next matches,” Chaudhry tweeted.