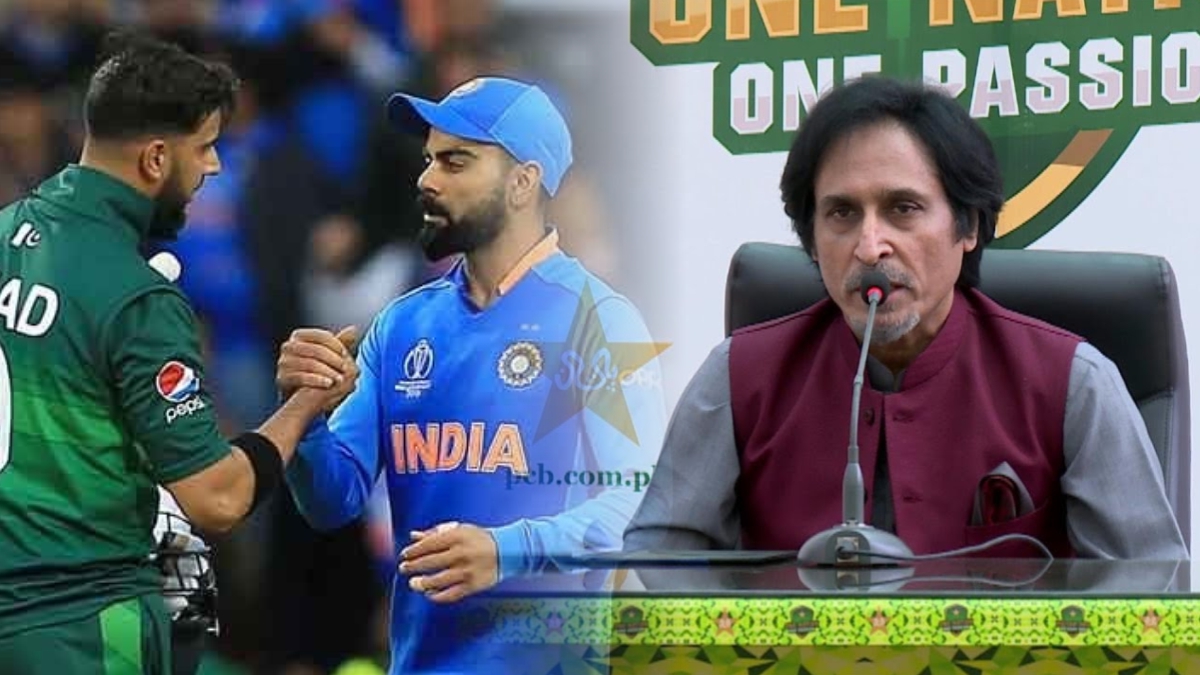 He intended to say that the sport was being run by “India’s business houses” and wasn’t a gentleman’s game anymore.

Appearing in front of the Standing Committee on Inter-Provincial affairs in the Senate on Thursday, Ramiz said that it was the opportunity for the PCB to halt its dependence on funding from the ICC and tap the local market instead.

He said the ICC is a politicised body divided between the Western and Asian blocs, with 90 per cent of its revenues being generated from India.

“It is very, very frightening indeed,” the PCB chief said, signalling at the 50 per cent of PCB’s budget that comes from ICC funding.

Raja also said that his Board would get a “blank cheque” if Pakistan defeats arch-rivals India in the upcoming T20 World Cup. It merits a mention that Pakistan is set to lock horns with India on October 24 to be played at the Dubai International Stadium.

“One investor notified me that a blank cheque is ready for the Board if Pakistan beats India in the T20 World Cup,” he said.

Ramiz said that the ICC had become an event management company and the PCB – in a bid to make its voice heard – needs to make itself financially sound.

Ramiz also hinted that there could be a piece of good news regarding the New Zealand series in a week. He indicated that the New Zealand cricket board was thinking of a new schedule to tour Pakistan. The PCB Chairman said, “the good thing is that they are working on something and want to mend things with us. That’s a good omen.”