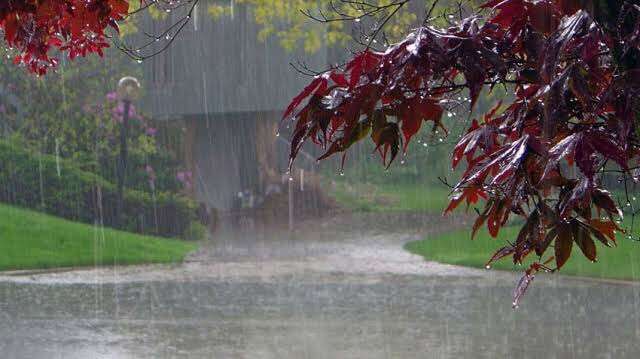 The Pakistan Meteorological Department on Thursday said “The Met office informed that more monsoon currents are expected to penetrate in Sindh from Friday (evening) to Sunday under the influence of this system. Scattered rain/wind-thundershower, with few/isolated heavy falls, are expected in Karachi, Hyderabad, Thatta, Badin, Shaheed Benazirabad, Tharparkar, Mirpurkhas, Umar Kot, Sanghar and Mithi from Friday (evening/night) to Sunday,” said the press release.

The monsoon rain season began back in July with the first showers of the season wreaking havoc on the dilapidated infrastructure of the country’s largest city Karachi. Since then around four different spells of massive rain accompanied by thunderstorms and strong winds have passed through the southern parts of the country in Sindh and Balochistan.

Meanwhile, the system has reportedly travelled from India through the Bay of Bengal which usually causes the monsoon season in the South Asian region. The rains had also caused widespread losses in the Indian city of Mumbai where 40-year record rains were reported just last week.

The federal government had, keeping in view the situation in Karachi and lack of political will amongst the city’s parties to resolve the issues, sent the National Disaster Management Authority and the Frontier Works Organisation to help clean out the storm drains and nullahs in the city to avert floods.

The NDMA and FWO within a matter of two days cleared most of the choke points across the city and cleared the major sewage arteries allowing for the water to pass through without pooling around during the second and third spells of rain in the last week.

Meanwhile, the Supreme Court of Pakistan has also lambasted the Sindh Government, Karachi Mayor over their failure to control the situation in the city asking them to resign if they were unable to do anything.