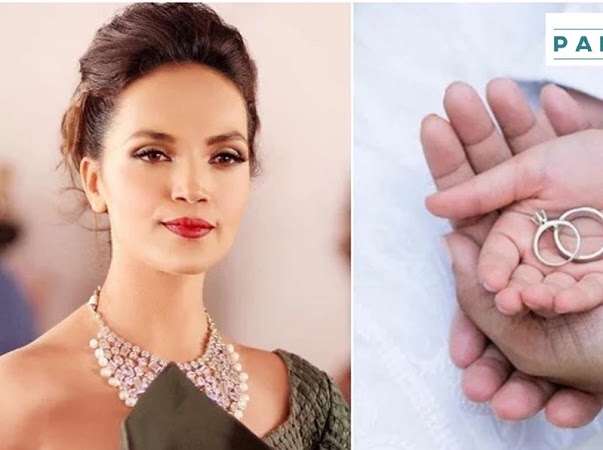 “Life’s greatest blessing. A group that dreams, laughs, plays and loves together. Those whom you can always count on. Always present, not only in good times. The most precious gift,” the actress announced in a post on her instagram account.

The actress’ husband does not belong to the entertainment industry and the couple are yet to share his name or identity on social media.

The post was preempted by a cryptic picture of rings with three hands which raised speculation earlier about her remarriage on the social media and news.

Ishrat-baaji fame Mohib Mirza and Aamina Sheikh were married for more than 14 years and have a four-year-old daughter Meissa. Mirza had earlier posted a message on social media saying that he did not know the whereabouts of her daughter ever since the couple got divorced, however he hoped to see his daughter soon.

The former couple had decided to end their marriage in October last year. The sudden revelation was made by actress Aamina Sheikh who had confirmed her separation with Mohib in a television interview.

She had said that “[Mohib and I] are not together anymore,” while appearing on the show Bol Nights with Ahsan Khan.

Sheikh last featured in the movie cake which won her rave acclaim for portraying the character of a daughter and a sister in a troubled family. Meanwhile, Mohib had completed shooting for the film Ishrat which is currently under post production.

Both actors are known for their selection of bold and meaningful roles and have a huge fan following.