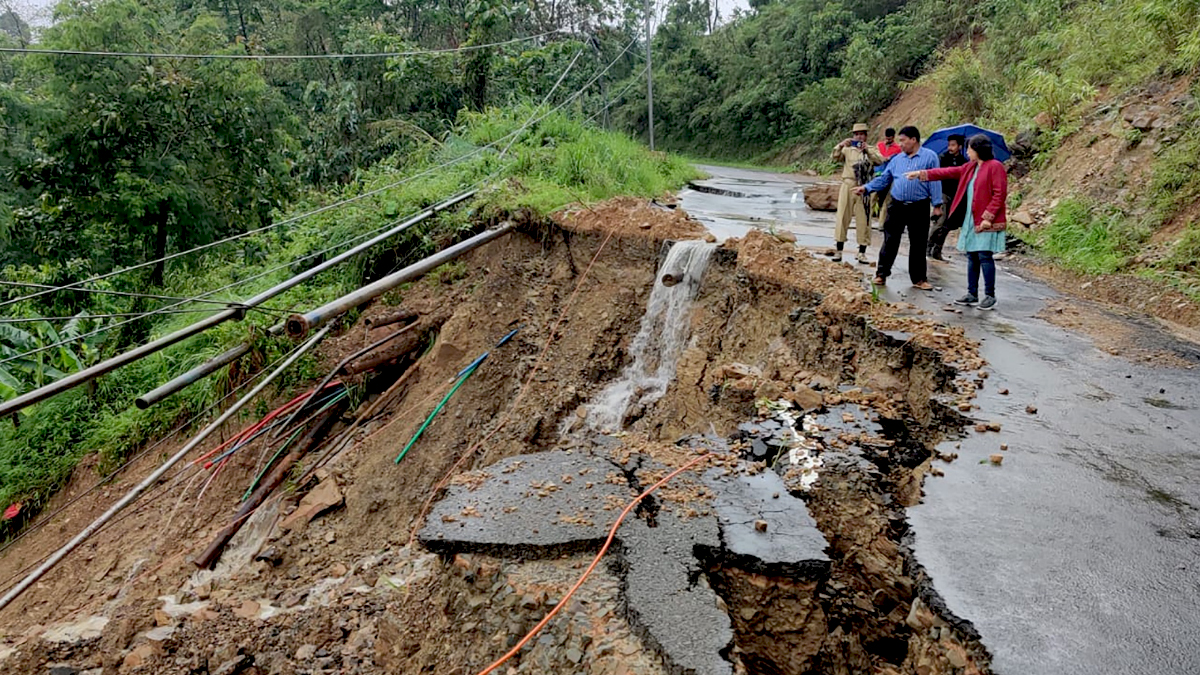 NDMA Has Urged The Departments Responsible To Keep Alert

The National Disaster Management Authority (NDMA) has urged the departments responsible to keep alert in the aftermath of a succession of heavy rains in the country from Monday to Wednesday that may cause more landslides and urban flooding.

Intermittent rain continued to hammer the upper areas of Khyber Pakhtunkhwa on Monday as well.

Thundershowers That Began On Monday Would Last Till Wednesday

According to the Pakistan Meteorological Department’s latest advice, a series of torrential rains with gusts and thundershowers that began on Monday in the upper and central areas of the country would last till Wednesday. All provincial ministries, the National Highway Authority, the Frontier Works Organization, and other organisations have been told to remain vigilant and take precautions.

Rain May Causes Landslides in Vulnerable Parts Of KPK

The recent rains may cause landslides in vulnerable parts of Khyber Pakhtunkhwa, Galiyat, Kashmir, and Gilgit-Baltistan, as well as flash floods in local nullahs in Rawalpindi/Islamabad, KP, Punjab, Kashmir, GB, and northeast Balochistan, where windstorms may cause damage to decaying structures.

Read Also | No deal yet with IMF for reviving loan program

Read Also | Pakistan must focus on its own best interest: Mandviwalla on potential ties with Israel

Residents in Low-Lying Areas Are Asked To Report Any Emergencies

The NDMA has also asked residents in low-lying areas to report any emergency situations promptly.

“During the forecast period, [the weather pattern] may create urban floods in Peshawar, Mardan, Nowshera, Sargodha, Faisalabad, Gujranwala, and Lahore,” the Met Office cautioned, encouraging travelers and visitors to be extra cautious and avoid needless travel.

Monsoon Is Forecast To Arrive In Last Week Of June

The monsoon is forecast to arrive in the last week of June, according to the Met Office.

Over Punjab and Sindh, monsoon rainfall is projected to be above normal, and slightly above normal in the rest of the country. In comparison to the latter portion of the monsoon (July 1 to mid-August), the early phase is likely to be moist (mid-Aug to end-Sept).

Skardu Deputy Commissioner Kareem Dad Chughtai has been tweeting photographs of the Jaglot-Skardu road being blocked by landslides at various spots over the previous 24 hours. He added on Monday that severe rains had caused the 160-kilometer section connecting Gilgit and Skardu, which was an important link with the Karakoram Highway, to be closed at Chamachu, Maloppa, Tormik, and other places of Skardu.

US dollar rises to record Rs212