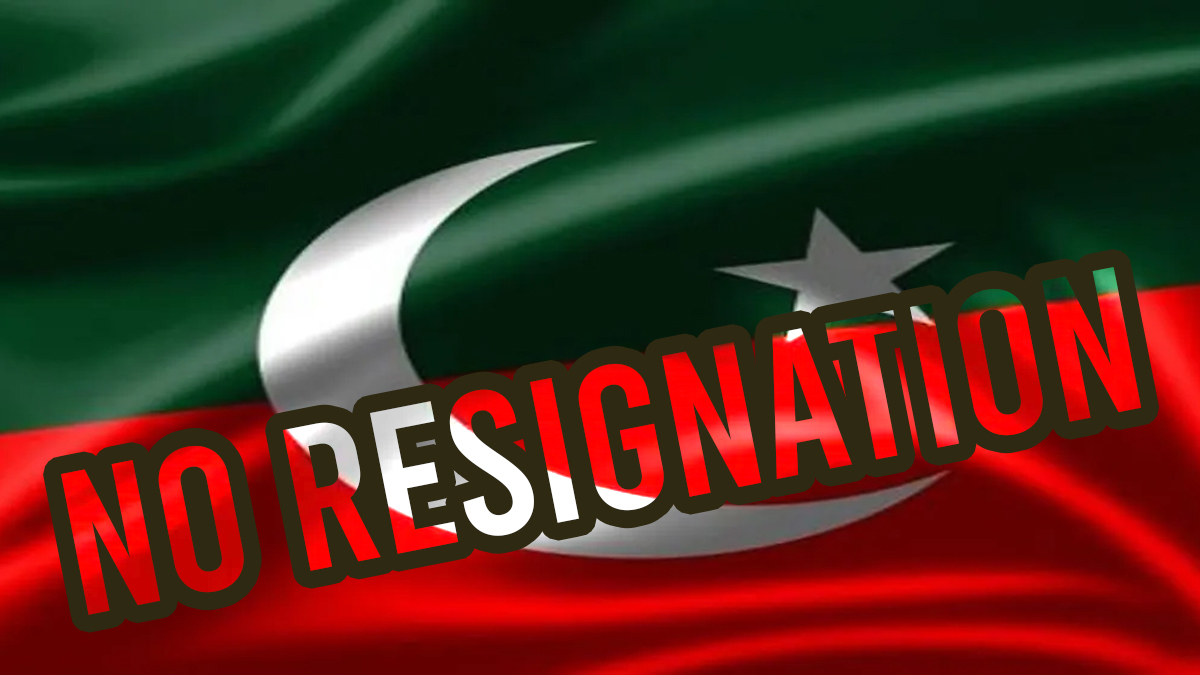 On Monday, the Pakistan Tehreek-i-Insaf (PTI) decided to announce en masse resignations from the National Assembly. The development took place several minutes before the election for the new prime minister.

The decision was taken in the party’s parliamentary meeting chaired by PTI Chairman Imran Khan. The meeting happened at the Parliament House today afternoon.

“The party has decided to tender resignations from the assemblies against the selected and imported government,” PTI’s Central Information Secretary confirmed in a tweet.

Immediately after Farrukh Habib’s announcement, Murad Saeed announced his resignation as a member of the NA. He was the first from the party to publicise his resignation.

Speaking shortly afterwards, Murad confirmed that he had made the decision in line with his party’s narrative. He reiterated Imran Khan’s claims of a foreign conspiracy, stating that being a part of the NA after these revelations would just be like being a part of this plot.

“Should external powers have the right to break or formulate governments in Pakistan?” he asked.

Saeed also spoke about the charges against the prime minister, Shehbaz Sharif. “He was and is corrupt,” he added.

“No way would we legitimise this foreign-funded regime change in our country. The battle for the sovereignty of Pakistan would now be decided on the streets by its people, not these looters,” Ali Zaidi said

Former minister for Gilgit-Baltistan and Kashmir Affairs Ali Amin Gandapur also shared a picture of his resignation on the party’s letterhead.

“I am a proud follower of Imran Khan Niazi and will fight till my death for the actual freedom of Pakistan and parliament,” he said.