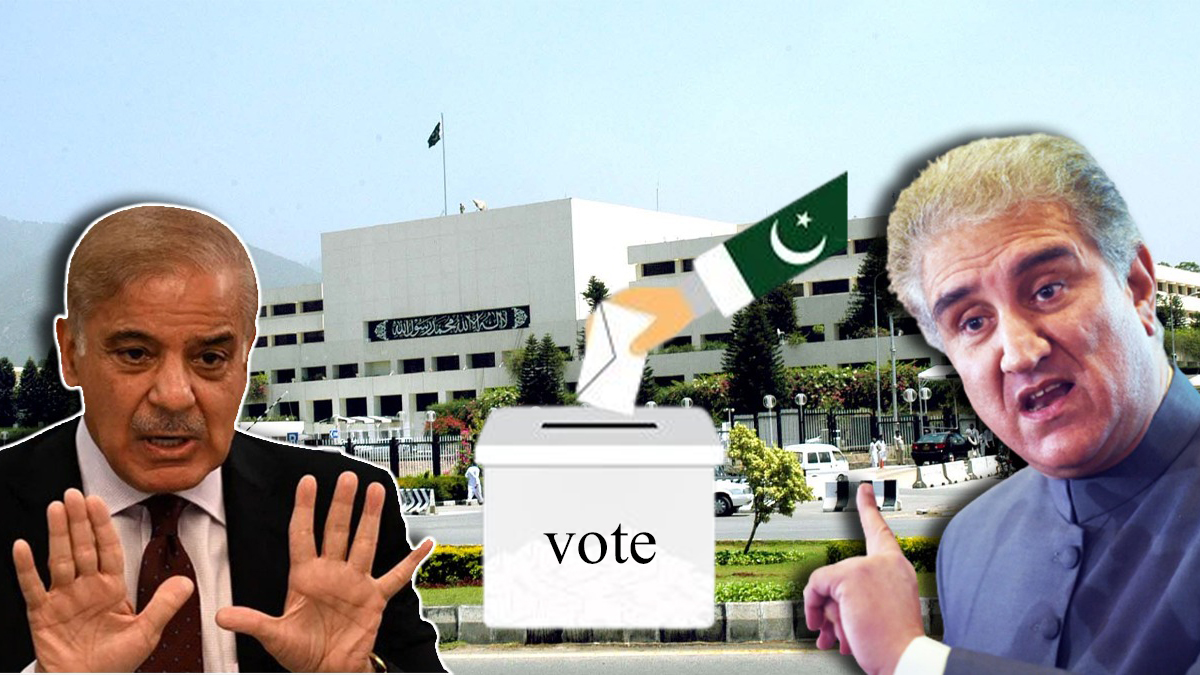 The National Assembly session to elect the new prime minister began Monday with Deputy Speaker Qasim Suri in the chair.

The House came to the point of election two days after the end of Pakistan Tehreek-i-Insaf (PTI) and Imran Khan’s tenure. Khan was the country’s chief executive and was ousted through a no-confidence vote.

The session began with the Holy Quran’s recitation, after which Suri explained the reason behind his contentious ruling to rubbish the no-confidence motion against ex-prime minister Imran Khan on April 3.

“My ruling was declared unconstitutional by the Supreme Court. We all are obliged to respect and honour the court. I want to tell you all the reasons behind my ruling,” he said. Suri added that he had taken the step “as a responsible Pakistani and NA’s deputy speaker.”

He then referred to the evidence of a foreign conspiracy to oust Imran Khan’s government, saying that cable was declassified in front of the federal cabinet and a meeting of the National Security Committee.

“It was proven that the no-trust motion was linked to a foreign conspiracy,” Suri said.

He added that on April 9, it was stamped during a cabinet meeting that the cable would be sent to then-NA speaker Asad Qaiser by the government.

“Qaiser read and reviewed the cable,” he said, adding that Qaiser believed that an open threat had been made to Pakistan.

PML-N President Shehbaz Sharif is the former joint opposition’s pick for the prime minister’s slot. Meanwhile, PTI’s Shah Mahmood Qureshi was in the race to become the country’s new prime minister before he announced to boycott the race.

After Qureshi’s boycott, Shehbaz is likely to make it to the premiership as the PTI announced that it would be resigning from the NA minutes before the session began.