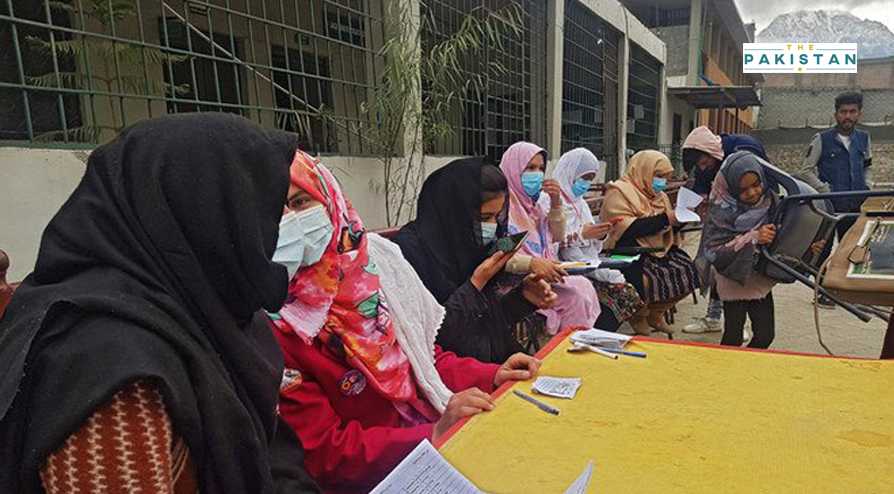 Early vote counting and results show that the Pakistan Tehreek-i-Insaf party is leading the wins in the Gilgit-Baltistan elections as opposition parties cry foul over rigging.

In the last two general elections, PPP led the polls in the 2009 general elections whereas the PMLN led the 2015. The two parties have had a stronghold in the past but this time around, the PTI is making major inroads into leading the polls.

All three parties have been all-out electioneering in the region PPP’s Bilawal Bhutto and PMLN’s Maryam Nawaz each addressing various rallies in the region in the lead up to the elections.

PML-N Vice President Maryam Nawaz asked the Election Commission to “make the process of voting and counting of votes transparent”.

Meanwhile, opposition parties including the PPP and PMLN have all cried foul over the way in which elections have been conducted. PPP senior leader Sherry Rehman said that she was “deeply concerned” on the “deliberate restrictions on women’s voting” in the Gilgit Baltistan Election 2020.

She said that the credibility of elections could be questioned over “the absence of observers at the polling station raises questions about the transparency of the election.”

On the other hand, GB’s Chief Election Commissioner Raja Shehbaz Khan has claimed that the political parties’ claims on rigging were totally baseless and unfounded. “I can’t stop people from saying what they want,” he said in an interview with a local news channel on Friday. “I ask people where is their mandate being stolen? Please tell me if I have done anything illegal.”

Bakhtawar Bhutto To Be Engaged In Karachi On Nov 27