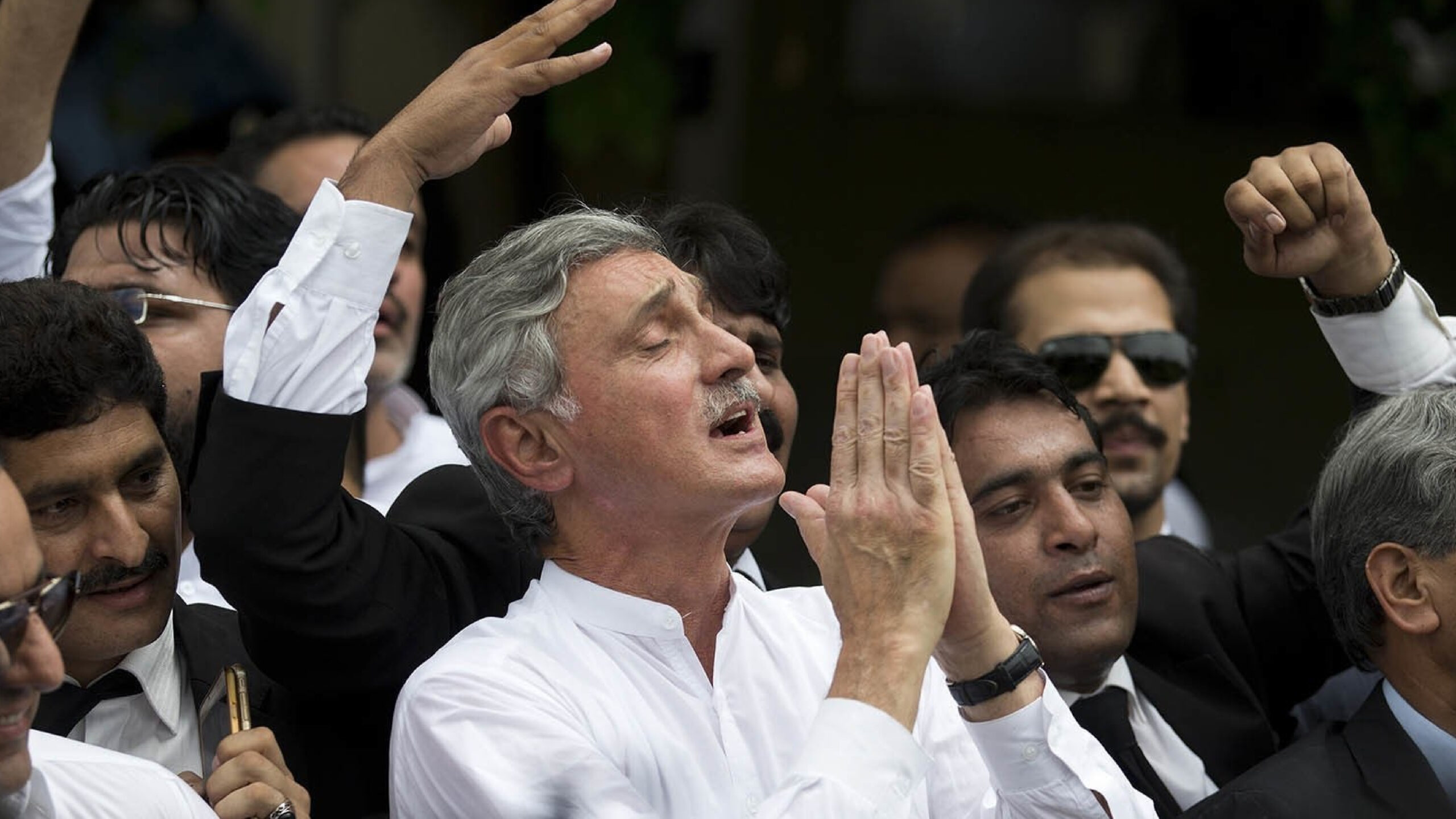 PTI leader Jahangir Tareen broke his silence on Wednesday over his meeting with former President of Pakistan Asif Ali Zardari. Over claims that he is joining PPP, Tareen said he in no way is leaving the party.

While speaking to the press as he arrived at banking court for his bail hearing, Tareen said, “Not one, not two but three FIRs have been registered against me.” He added, “Out of the 80 sugar mill owners, all they could see was Jahangir Tareen.”

Speaking about the case against him over sugar crisis that has been going on for a year now, Tareen said that his “loyalty is being tested”. He shared that his as well as his son Ali Tareen’s bank accounts had been frozen. He asked, “Why have my accounts been frozen? Who is doing this? Who benefits from this?”

He called on his party Pakistan Tehreek-e-Insaf for justice, warning that he was a friend who is being “pushed towards enmity”. He added that time has come to expose people who are keen to take revenge against him and that Prime Minister Imran Khan can expose that person.

Rejecting claims of his joining PPP, Tareen said, “I am a member of the PTI and will remain so.” Furthermore, he rejected claims of his meeting former president Zardari in coming days. It is to be noted that Sindh Minister for Women Development Shahla Raza, who is from the PPP, deleted a tweet on Tuesday in which she speculated that Tareen might join PPP during a meeting that was supposed to be held “next week” in Karachi with Zardari.

She had tweeted, “It is believed he will leave PTI and join PPP along with his aides during the meeting. If such a thing happens, neither will Buzdar [remain in the government], nor will Niazi.”