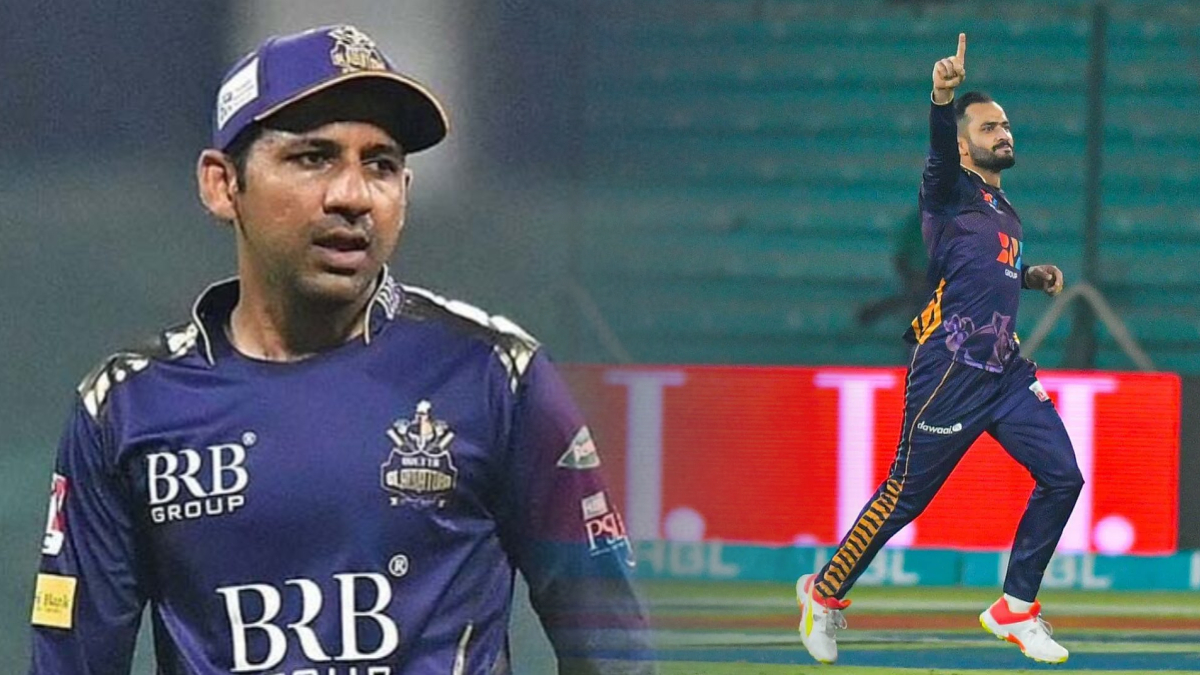 The Quetta Gladiators suffered a hefty blow after Mohammad Nawaz was ruled out of the ongoing Pakistan Super League’s (PSL) 7th edition due to an injury.

The team’s skipper, Sarfaraz Ahmed, is not happy with the ouster of his key player, and he took to Twitter to express his sadness.

Sarfaraz responded to Mohammad Nawaz’s tweet in which the latter showed disappointment due to his injury and wished luck to his team.

The left-arm orthodox spinner has now been replaced with Hassan Khan. A statement laid forth by the Pakistan Cricket Board (PCB) confirmed the development on Friday.

His exit is a setback to the Gladiators, who are currently at the fourth spot of the PSL 2 points table with only four points in five matches.

Nawaz has been an instrumental part of the Quetta team since the first PSL edition in 2016. He has shown his potential both with the bat and ball. Nawaz is also known for his excellent fielding.

Hasnain’s name was printed on the original sheet in the match versus Islamabad, but he was told not to play the game.

There was no immediate response from the QG management on the matter. However, sources believe that it was due to a biomechanical report on Hasnain’s bowling action.

His bowling action was reported during his stint in Big Bash League (BBL) last month, and he was tested in an ICC lab in Lahore.

The report has already been sent to Australia, and the country is likely to issue a statement on it by Saturday. Media reports claim that Hasnain’s bowling action report is not “very encouraging”, and the bowler may undergo a rehabilitation program.