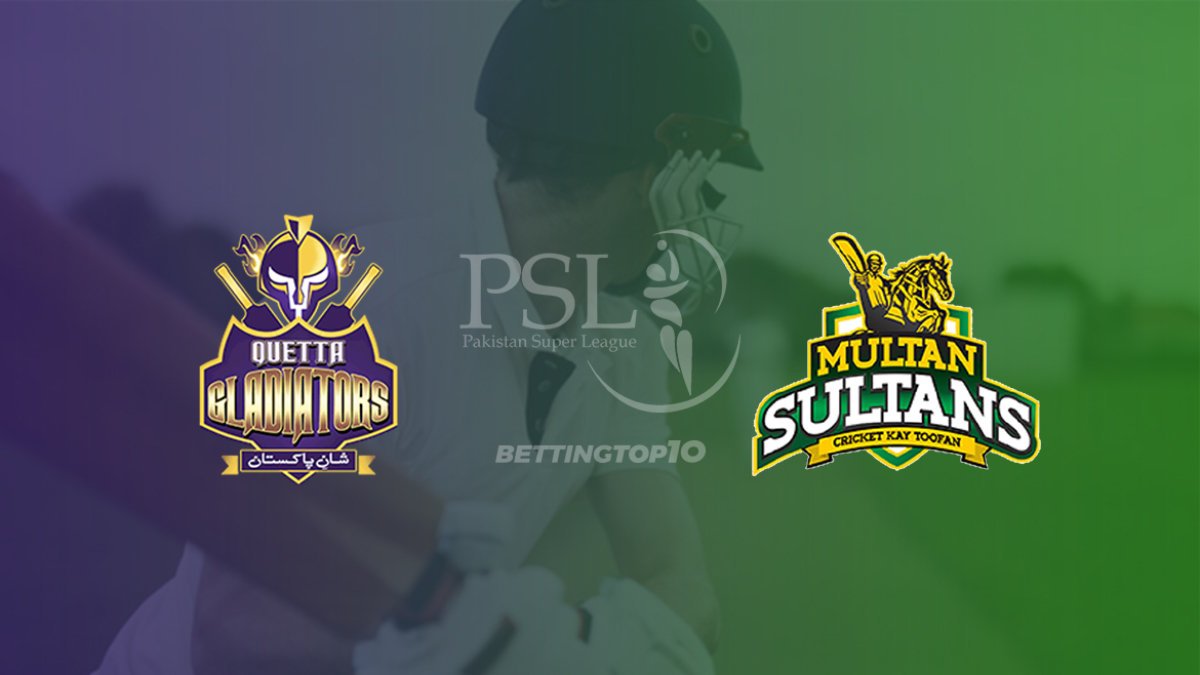 The Sarfaraz-led Quetta Gladiators, after upsetting Lahore Qalandars by 18 runs, are now aiming to down Multan Sultans.

The contest will be the 25th match of PSL 2021 and will be played in Abu Dhabi today (Wednesday).

A win is mandatory for the Gladiators to keep themselves afloat in the tournament but since the side has been on the losing side for most of the times, people will see their victory over Sultans as an upset.

The Quetta side didn’t have a grand start at the Abu Dhabi leg and lost two back-to-back games before beating the Lahore side by 18 runs. Quetta, despite the win over PSL 2020’s finalists, has a lot of work to do to keep the momentum going. Their batting remains a major cause of worry for the team management as star batsman Faf du-Plessis still remains missing from the squad.

Quetta, however, has some positives to look out for after defeating the Qalandars.

Tim David, Lahore Qalandars’ middle-order batsman, after his side’s defeat against Quetta Gladiators, said losing too many wickets in the middle slot of the game was the primary reason for their loss.

The right-hander, however, showed optimism about his team’s chances of making a comeback in the coming matches.

On the other hand, the Multan Sultans have had a flying start in Abu Dhabi. The Mohammad Rizwan-led unit looks confident after winning both of its opening matches.

They have stood victorious in three of their seven matches and are at 4th place with six points. The squad is above Karachi due to a better net run rate. For Sultans, the form of their captain Rizwan is highly encouraging. Sohaib Maqsood is also playing with the intent to go on a rampage against bowlers. Their highlight, Young Shahnawaz Dahani is also in form with a 4-fer in the last match. He has declared his aims to remain the top bowler of the tournament