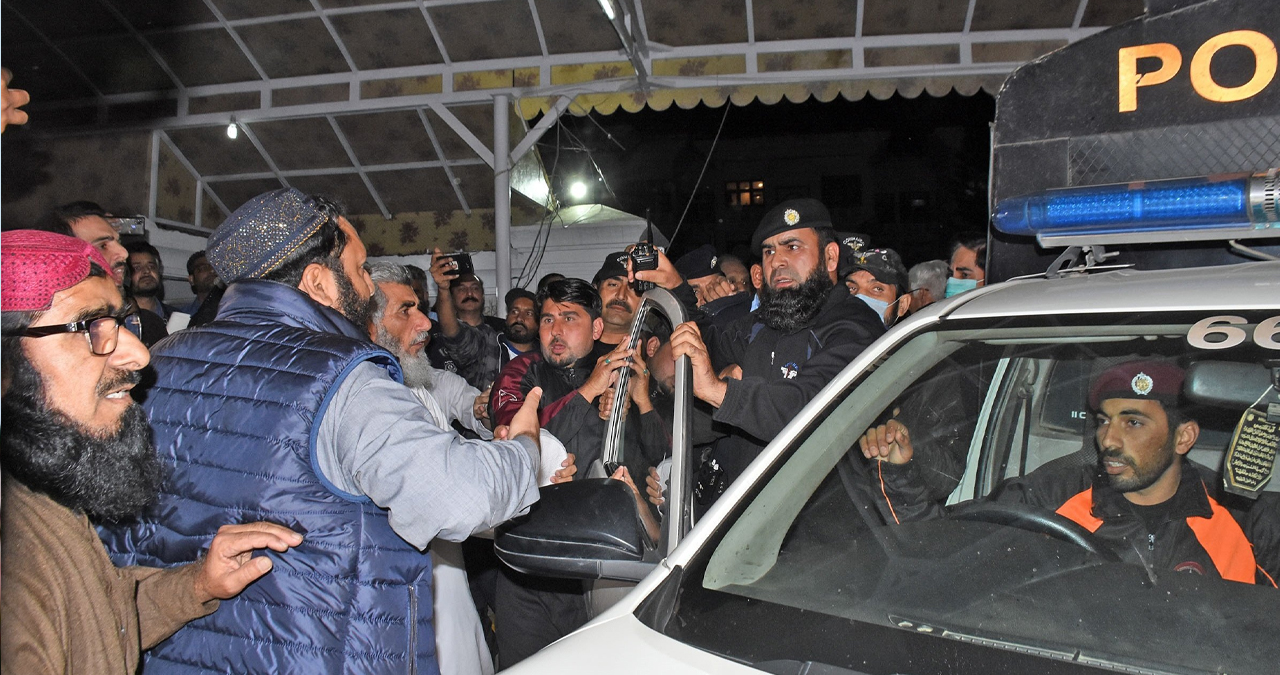 On Thursday, the ongoing verbal row between the government and the opposition got violent after the Islamabad police stormed into the Parliament Lodges to arrest JUI-F volunteers. The Ansar-ul-Islam force – JUI-F’s workers – had entered the building on the pretext of giving security to the lawmakers.

The action was taken by the police after members of Ansar-ul-Islam entered the Parliament Lodges in vast numbers.

The government termed the uniformed volunteer force a “private militia” and backed the action locked by the police.

JUI-F MNAs Salahuddin Ayubi and Maulana Jamaluddin, and 19 others were arrested.

In a press conference later, Interior Minister Sheikh Rashid said no MNA was arrested and they were sitting at the police station by themselves. The opposition slammed the police action of manhandling the lawmakers.

The incident came days after the opposition came forth with a no-confidence motion against PM Imran Khan in the National Assembly. Since then, the political scenario has flared up as both sides have been resorting to fiery speeches and statements against each other.

The opposition severely criticised the government, condemning the police for “forcibly” storming the lodges, violating the sanctity of lawmakers’ residences and manhandling the MNAs and senators.

Chaotic scenes were witnessed shortly after police personnel and Ayubi’s staff clashed, as the law enforcement personnel broke the door of the MNA’s room to arrest him.

Soon, several PPP and PML-N parliamentarians gathered at the Parliament Lodges. JUI-F’s Maulana Fazlur Rehman also reached the place to surrender himself before the police.

Fazl urged all his party workers to reach Islamabad as soon as possible, saying the government wanted to abduct the opposition’s MNAs by detaining them.

“I will surrender myself with some of my friends,” he said. “I request all the party workers to shut down businesses and block roads,” Fazl added.