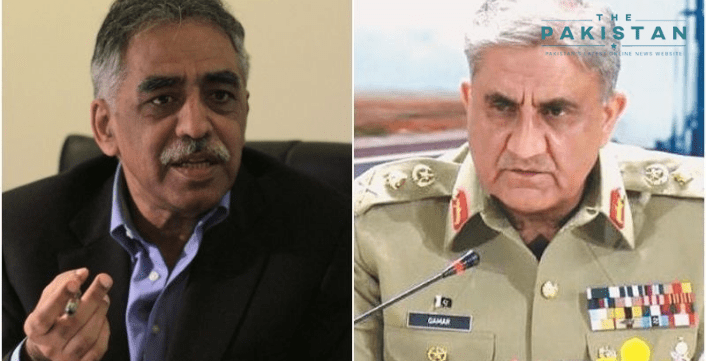 Meetings held between the Pakistan Muslim League – N (PML-N) and the Chief of Army Staff and DG ISI have stirred a storm in the country as the two sides have started shifting blame on eachother.

The tit for tat between the ISPR and PMLN began when former prime minister Nawaz Sharif at the all-party conference remarked that his fight wasn’t against the government or Imran Khan but rather with those who brought him to power. He said that there is a state within a state in Pakistan and he [including the opposition] is fighting to challenge that.

Subsequently, the ISPR in a statement said that the political parties should abstain from dragging institutions into politics.

After this statement, it was further revealed that the all-party meeting of the opposition had come only a day after the leaders met with the Army chief and DG ISI. The revelations of these meetings backfired on the opposition especially Nawaz Sharif’s PMLN who had said that he was fighting against interference of institutions in the electoral and political processes.

Later on, Maryam Nawaz, while appearing for the NAB hearing said to the reporters that the opposition’s meeting with the COAS and DG ISI should not have happened and said that such political matters need not be discussed at the GHQ instead they should be discussed in the parliament.

However, on the same day, ISPR spokesperson while speaking to a local news channel claimed that the PMLN leaders were meeting with the Pakistan Army’s top brass. “Mr Zubair twice met the army chief, once in the last week of August and then on September 7 in the presence of director general ISI,” he said.

These comments unleashed a storm on the PMLN whose leaders were repeatedly asked answer the contradictory statements made by its leadership.