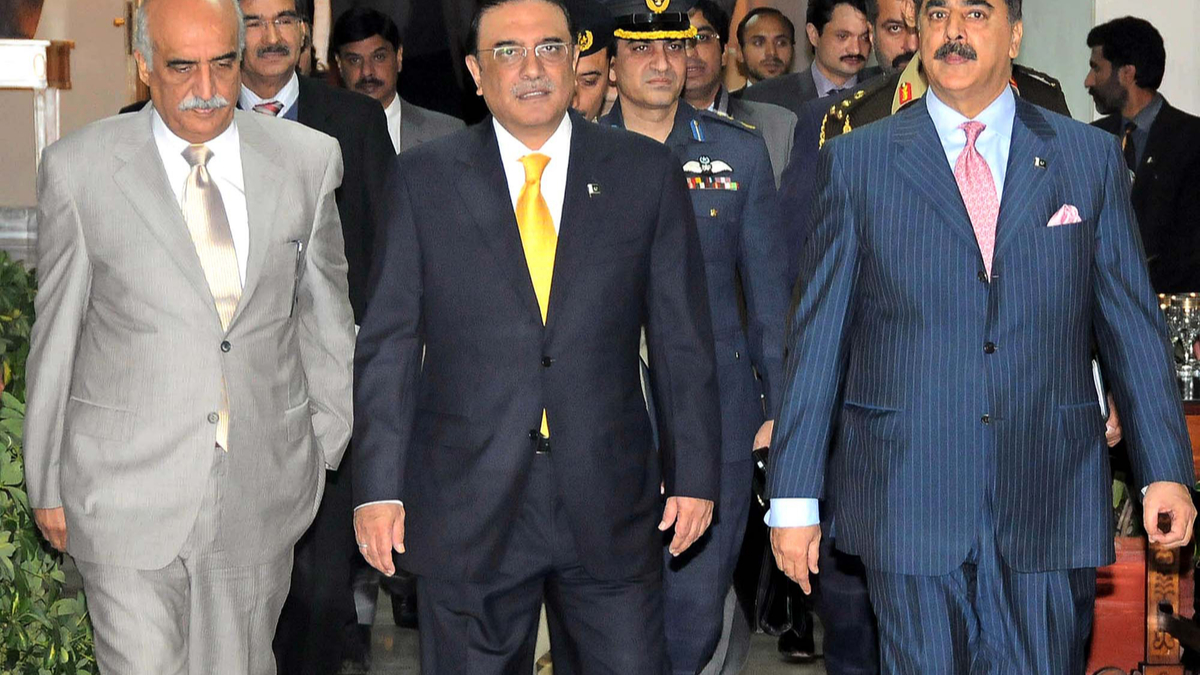 This development means that the political relations between PML-N and the PPP have deteriorated even further.

This was decided when PML-N’s Shahid Khaqan Abbasi held a meeting with JUI-F’s Abdul Ghafoor Hyderi here in Islamabad.

During the meeting, Abbasi inquired about the health condition of the Pakistan Democratic Movement (PDM) chief Maulana Fazlur Rehman and thoroughly discussed the situation after Gilani’s appointment.

It was also talked upon that PDM alliance was dismayed by the approach of Pakistan Peoples Party (PPP) in getting Gilani appointed.

Naveed Qamar said that every decisions of opposition parties should be taken with all stakeholders on board. “If PML-N and the JUI-F decide to take a solo flight in all the decisions, the opposition alliance will be of no use,” he said.

He said that his party was already in a state of shock with the decision to align resignations with the long march. “PPP wishes that all decisions should be executed unanimously on PDM’s platform,” he added.

PML-N leader Ahsan Iqbal, in Lahore, spoke to reporters that by applying for the slot, the PPP had dealt a heavy blow to the alliance.

PPP had 21 seats in the Senate and was assisted by the Jamaat-e-Islami (JI), Awami National Party (ANP), and the Balochistan Awami Party (BAP) amongst others. On the other hand, the PML-N had 18 seats, and the JUI-F had five.