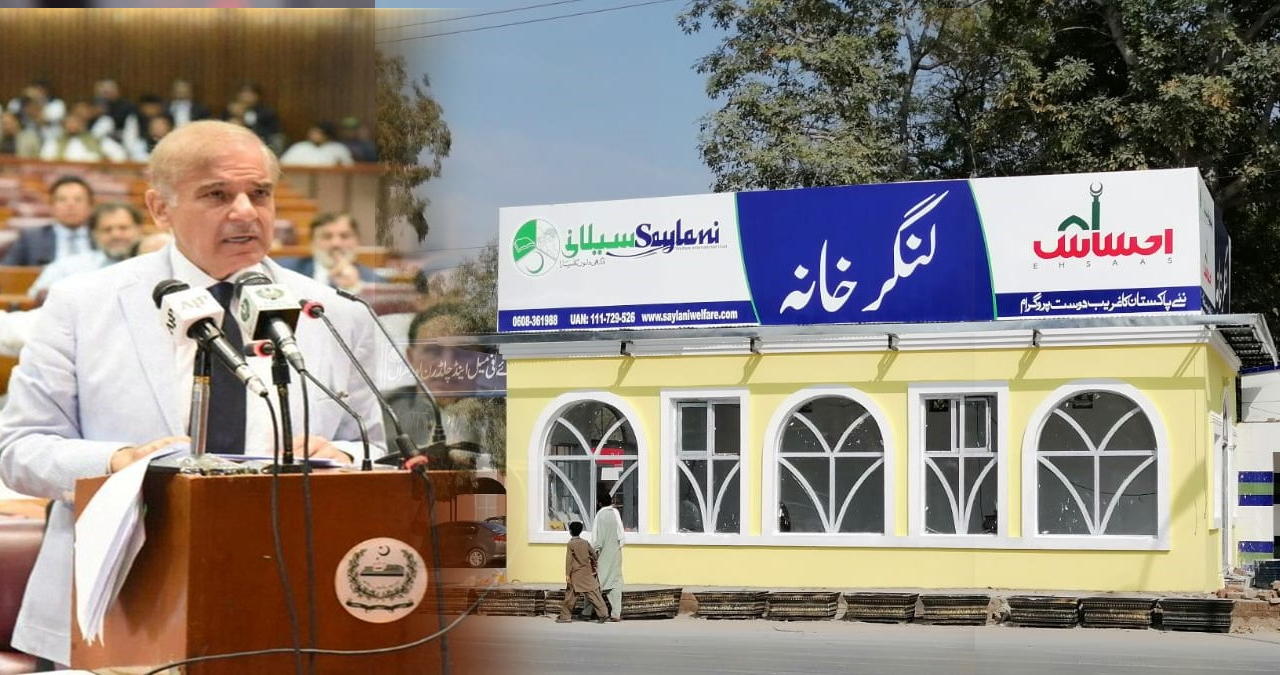 Prime Minister Shehbaz Sharif said Thursday that his government could not continue operating ‘langar khanas’ (free food outlets for the poor) in the country.

The PM said that the country’s economic situation was worse than they had expected and the actual job of the government was to provide employment.

He said he had no interest in nominating his son as the Chief Minister of Punjab, adding that his party had made the offer of CMship to Pervez Elahi. “Our party only nominated Hamza when the PML-Q chief, Pervez Elahi, backtracked.”

“Imran Khan first amended the law of Tosha Khana, purchased a necklace, a watch and a ring in Tosha Khana at a low price and later sold the priced items in Dubai,” Sharif alleged.

Earlier, amid the prevalent power outages in the country, the Power Division officials told Prime Minister Shehbaz Sharif that there wasn’t any shortage of electricity and plants were closed due to technical failures and lack of fuel.

This was briefed in a meeting on power and petroleum sectors with a specific focus on addressing the challenges chaired by the Prime Minister.

As per a report presented in the meeting, a total of 27 power plants across the country were not generating electricity due to technical failures and fuel shortages.

The premier was informed that nine IPPs were closed due to non-supply of gas, coal, and RLNG, while 18 power plants were not functional due to technical reasons.

The charge sheet for the incompetence of the former government was given to the Prime Minister. At the same time, Sharif, while directing immediate action, said that any negligence should be tolerated.

The officials of the Power Division said that power plants could generate 5,751 MW of electricity, out of which nine power plants had been shut since December 2021 due to non-availability of fuel and non-payment of bills.